Where does the word colossal (Colosseum) come from and What does colossal mean?

Ancient sculptors were accustomed to make their statutes somewhat more than life size, especially those which were to be mounted upon high pedestals or as architectural ornaments upon lofty buildings.

Thus, when viewed from the roadway, the figures appeared in proper proportions and the fine details of the artist’s handiwork were not lost through the distance.

Any such enlarged statue, however little it exceeded man’s ordinary size, was, in Rome, a colossus; in Greece, kolossos, though no one knows the earlier source of the word. But some of these colossi were of such vast proportions that they would be notable objects of interest even in our present day of eye-filling skyscrapers. 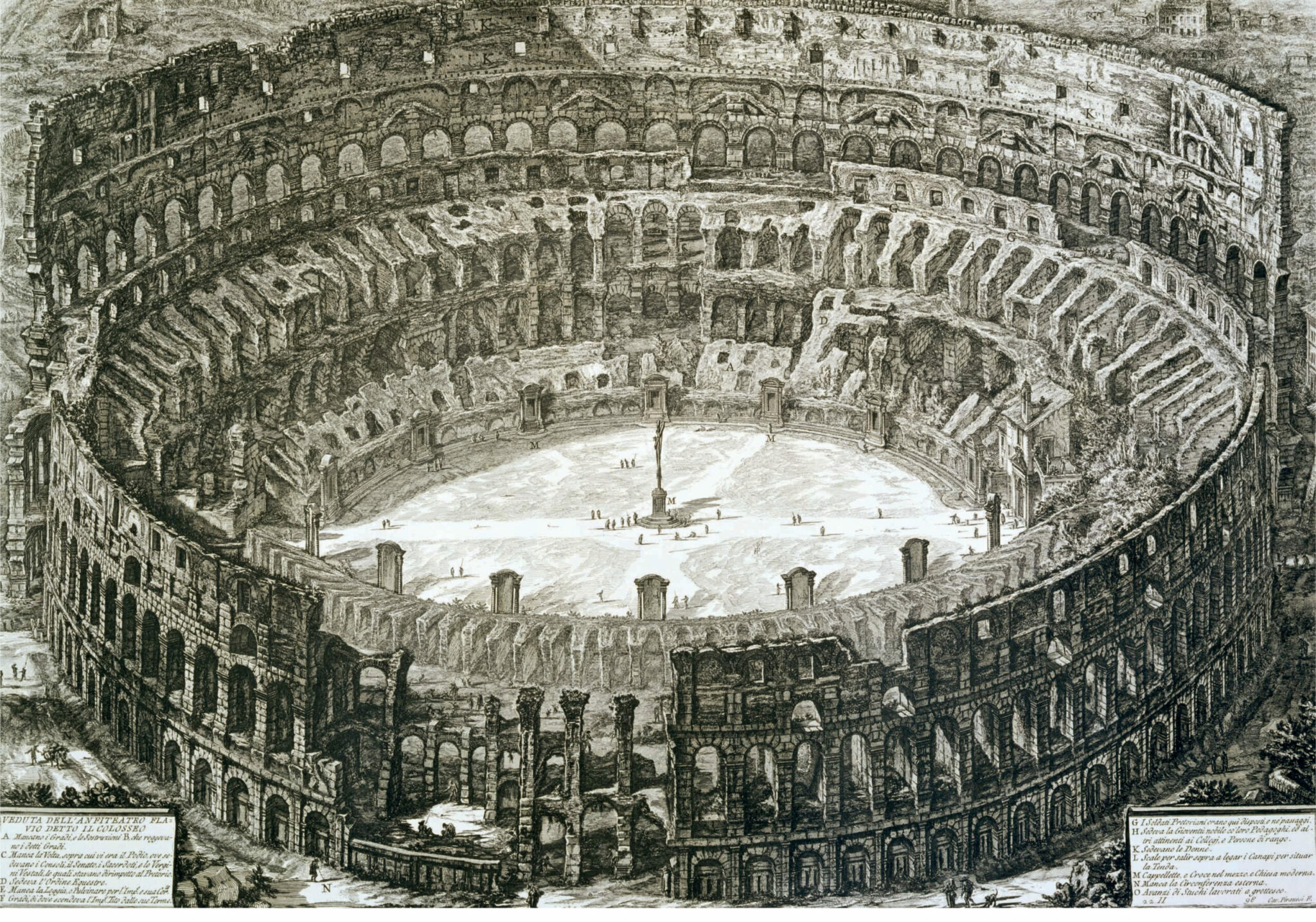 The most famous was the celebrated statue of the Sun, created in bronze by Chares of Rhodes, most widely known as “The Colossus of Rhodes.” Its size was so great that the statue became counted as one of the seven wonders of the ancient world.

This famous statue gave rise to our present interpretation of colossus as something of huge or vast proportions, and colossal like something vast, huge, tremendous, immense. From ancient descriptions, the statue was 105 feet in height; it stood at the entrance to the harbor at Rhodes, and was completed, after twelve years in the erecting, in 280 B.C.

But it stood only about sixty years before it was destroyed by an earthquake. The broken fragments remained on the ground for more than nine centuries and were finally sold by the Turks. Nine hundred camels are said to have been required to transport the load.

Another famous colossus was a statue of Nero, executed by Zenodorus and 110 feet in height.

It stood near the huge amphitheater subsequently erected by the emperor Vespasian, and because of the proximity to the statue, the amphitheater got the name Colosseum.