Where does the word “easel” come from and What does easel mean?

In all countries people have been wont to bestow the name of some animal upon a tool or implement which in some way resembled it.

Thus tailors of old, seeing that their heavy smoothing iron, with its curving handle, somewhat resembled the heavy body and curved neck and head of a familiar barnyard fowl, called it a “goose.”

The housewife saw a resemblance to a wildfowl standing on one foot, its other leg stretched behind, in the upright iron rod alongside her hearth, its leg swinging over the coals, and called it a “crane.” The old time fire-“dog” or andiron looked somewhat like the short-legged hunting dogs of the English peasant. 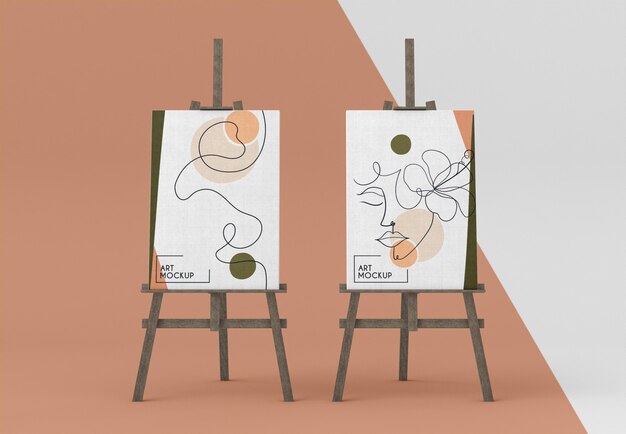 And of course, the bench commonly employed by the carpenter takes little imagination to see in it a “horse.” Dutch painters familiarized English artists with a similar word from their own language. It was the stand upon which their canvas rested while they were painting.

In those days this framework was not unlike a smaller copy of the carpenter’s horse. They likened it to an ass. Accordingly they called this stand an ezel.

Perhaps the English ear would have been hurt had English painters translated the name into “ass.” But instead the Dutch name was adopted, modified into the English spelling, easel.