Where does the word “Holystone” come from and What does Holystone mean?

The term holystone for the soft sandstone formerly used by sailors for scouring the wooden deck of a vessel has led to all sorts of speculation.

One opinion was that holy was just a humorous corruption of holey, the stone being full of holes like a sponge. 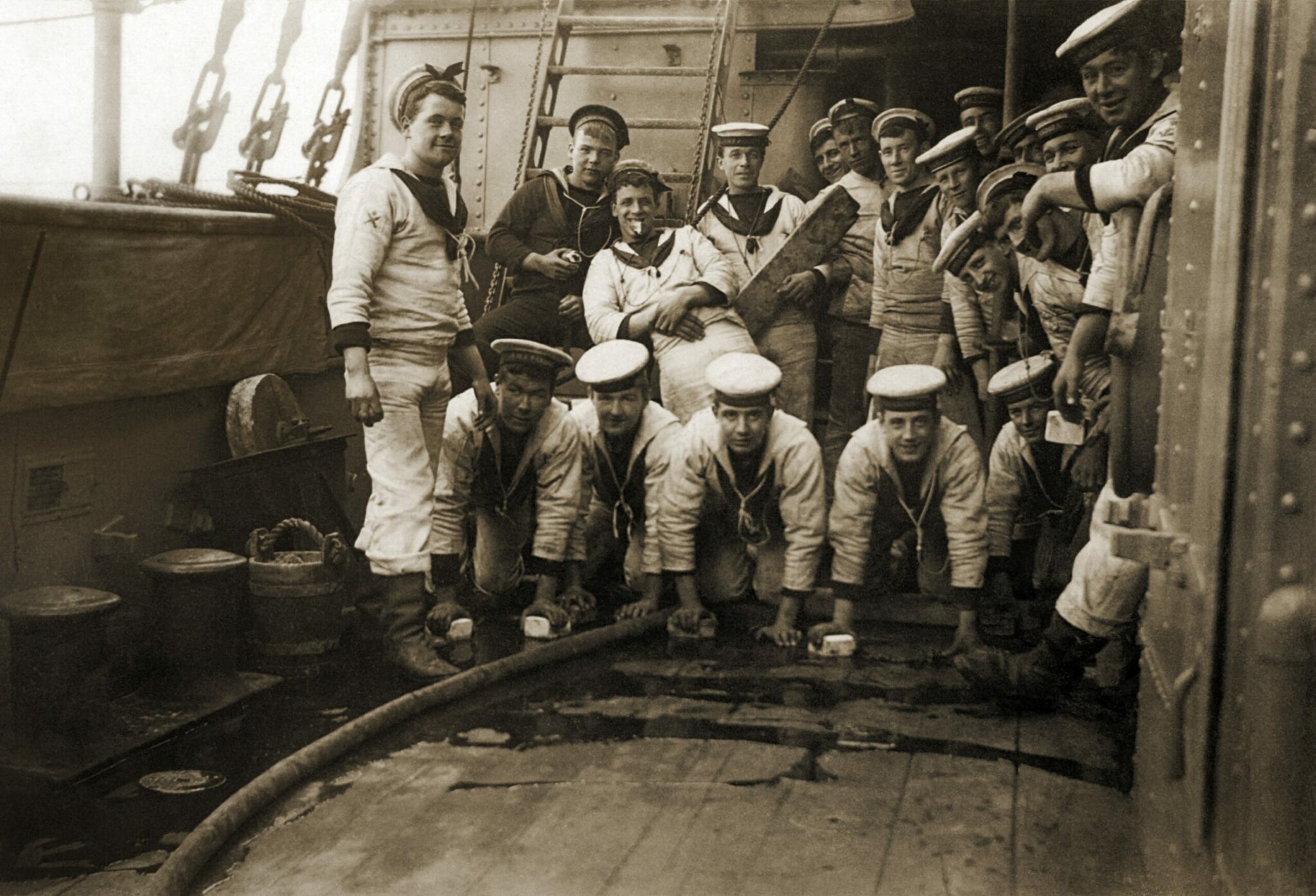 Admiral Smythe, in The Sailor’s Word Book (1867), allowed us other choices: “So called,” he said, “from being originally used for Sunday cleaning, or obtained by plundering church-yards of their tomb-stones, or because the seamen have to go on their knees to use it.”

One hesitates to doubt so positive a statement, but, unable to find other mention of a specific churchyard, I sent a letter of inquiry to Admiral Lovette.

His reply, which I am privileged to quote, was, “I don’t think we will ever get the full story.

One British authority, Rear Admiral Gerard Wells, R.N., definitely states: ‘So called because when using them an attitude of prayer is taken.’ You know the larger ones in the British Navy were called ‘hand bibles,’ the smaller ones ‘prayer books.’ I think the fact that all were of tombstone material and many from old tombstones got the word launched.”