Where does the word “Hushpuppy” come from and What does Hushpuppy mean?

Which of the Southern states is your preference? The invention of this comestible, or at least the name for it, has been claimed by most of those south of the Potomac, though never even approximately dated by any, so you may make your own choice.

The account of the origin of the name, however, is always strikingly similar, the difference being chiefly in the personnel of the group assembled for the meal and the one distributing the largesse. The account now circulated by the Tallahassee (Florida) Chamber of Commerce is the most colorful of those we have seen, so, without prejudice, we shall follow it.

It is taken from The Southern Cook Book (1939), compiled and edited by Lillie S. Lustig, S. Claire Sondheim and Sarah Rensel, and published by Culinary Arts Press, Reading, Pennsylvania. With the permission of the publishers to quote, this account, slightly abridged, reads: 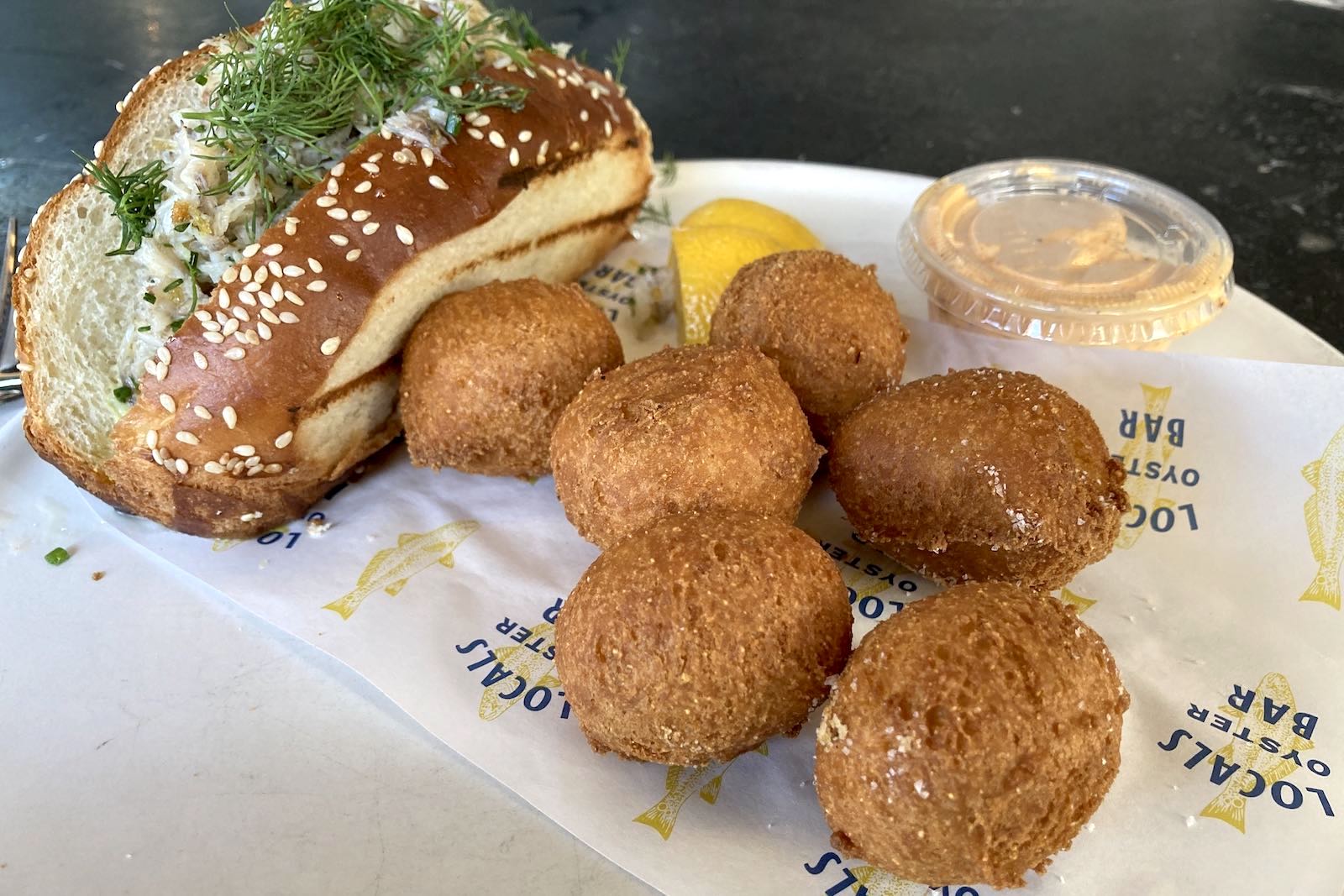 “Years ago the Negroes of Tallahassee . . . would congregate on warm fall evenings for (sugar) cane grinding. . . . After their work was completed, they would gather around an open fire, over which was suspended an iron pot in which fish and corn pones were cooked in fat.

“The Negroes were said to have a certain way of making these corn pones which were unusually delicious and appetizing. While the food was sizzling in the pot, they would spell-bind each other with ‘tall’ stories of panther and bear hunts.

On the outer edge of the circle of light reflected by the fire would sit their hounds, their noses raised to catch a whiff of the savory odor of the frying fish and pones.

If the talking ceased for a moment, a low whine of hunger from the dogs would attract the attention of the men, and subconsciously a hand would reach for some of the corn pone which had been placed on a slab of bark to cool.

The donor would break off a piece of the pone and toss it to a hungry dog, with the abstract murmur, ‘Hush, puppy.’

“The effect of this gesture on the hounds was always instantaneous and the Negroes attributed the result to the remarkable flavor of what eventually became known as ‘The Tallahassee Hush Puppy.'”

We take no responsibility for the accuracy of this account. In fact, a more recent cookbook says that the fried dainty and its naming were inventions of colonial days.

And another, also recent, attributes the naming to Northern soldiers accompanying General Sherman on his famous march through Georgia.

The “puppies” similarly “hushed,” according to this account, were hungry dogs which followed the Northern army.