Where does the word “mesmerism” come from and What does mesmerism mean?

In 1766 a young Austrian physician of 32, Friedrich Anton Mesmer, published a thesis in which he argued that, through the diffusion of some invisible vapor, the heavenly bodies affect the nervous systems of all living beings.

The argument did not receive the attention which the young physician had hoped, so he went to Vienna to extend his theory.

There he identified his invisible force with magnetism, and began to attempt to cure patients by stroking them with magnets. 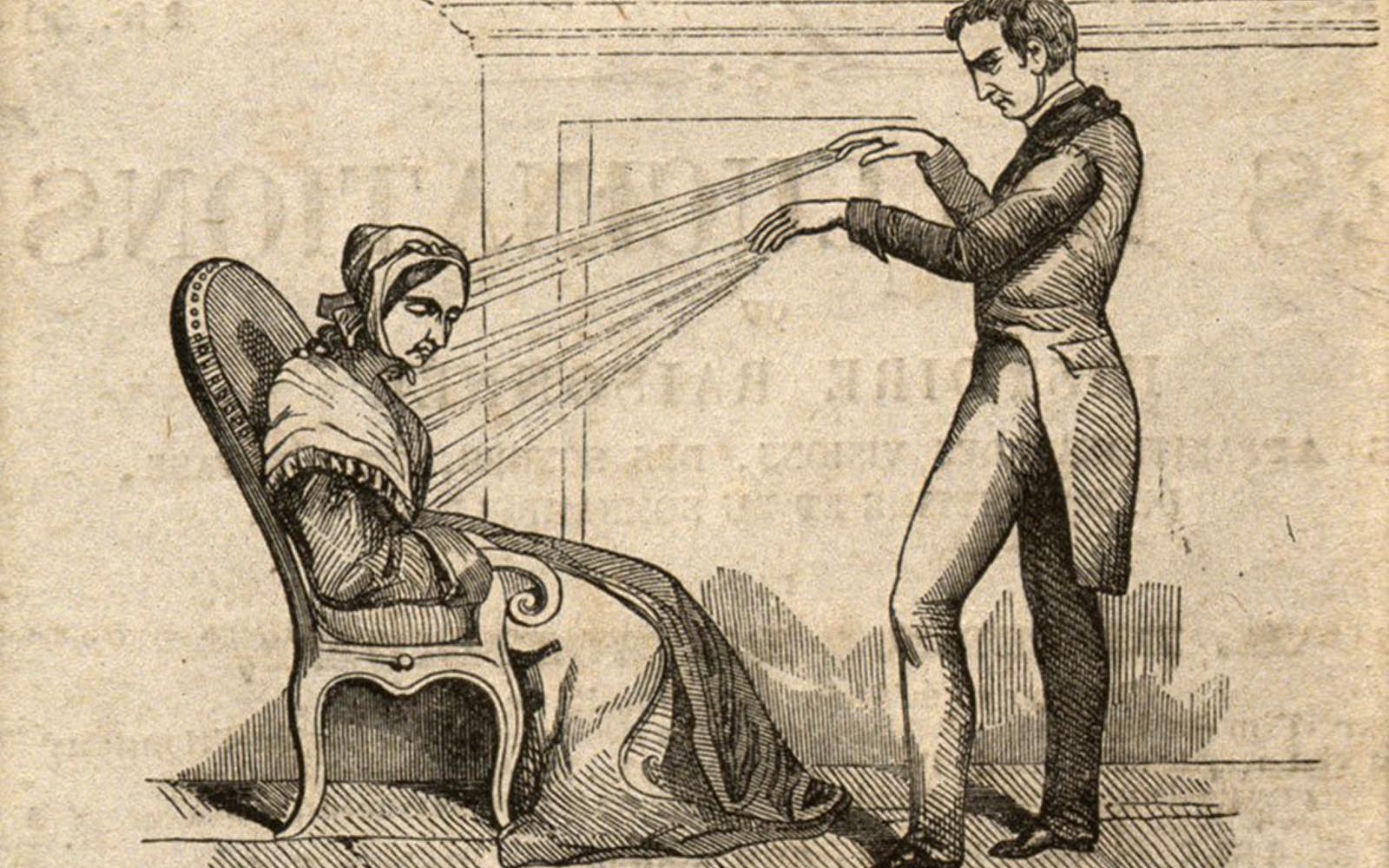 When he learned that a rival practitioner was effecting cures by manipulation alone, however, he discarded his magnets and proclaimed his ability to cure disease by what he called “animal magnetism.” This claim he began to demonstrate in Paris in 1778.

There he made many converts and made a fortune for himself through gifts from grateful patients. His methods were spectacular.

In a dimly lit room Mesmer, garbed in the robes of an astrologer, would receive a group of patients. He formed them into a circle, with joined hands, and then to the accompaniment of soft music he passed from one to another, fixing his eyes upon and touching each one in turn.

Many cures were alleged, and there were some reputable physicians who supported his claims. Upon the demand of others, nevertheless, a government commission was appointed to investigate.

The commission, which included Benjamin Franklin among its members, rendered an unfavorable report, deriding Mesmer as a charlatan and an imposter. He removed himself then to Switzerland, where he died in 1815.

His process, subsequently called mesmerism, after its claimant, was later identified as a form of hypnotism.