Where does the word “robe” come from and What does robe mean?

Some notion of the extreme poverty of the common people of Europe in the Middle Ages may be obtained from a treatise written by Sir John Fortescue.

Though written (in Latin) in the latter part of the fifteenth century, his description would have served equally well in the preceding three or four hundred years.

He says, in part, to quote from a translation made in the following century, that the French common people 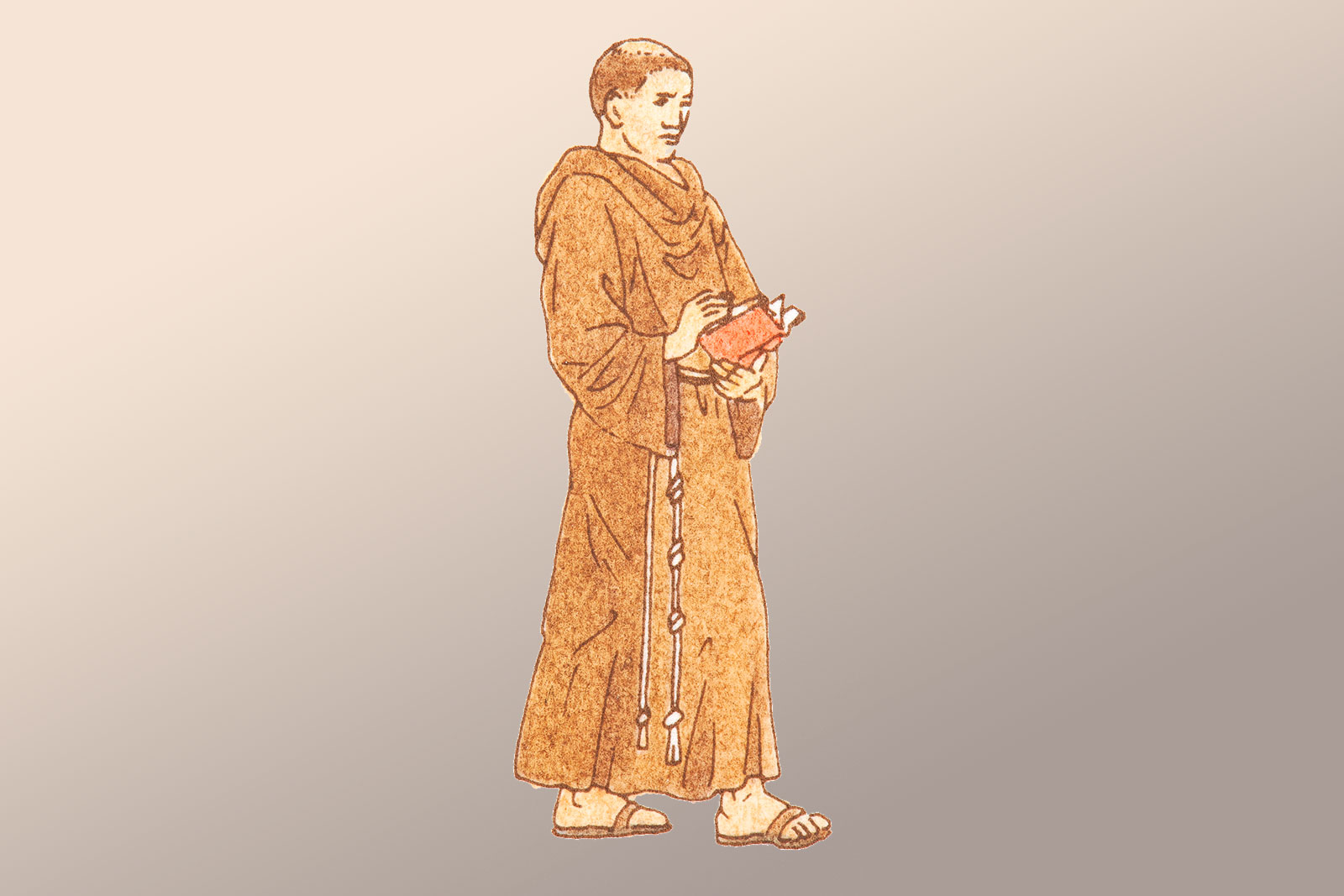 “be so impoverishid and distroyyd, that they may unneth lyve (barely live). Thay drink water, thay eate apples, with bred right brown made of rye. Thay eate no fleshe, but if it be a litill larde, or of the entrails or heds of bests sclayne for the nobles and merchants of the land. They weryn no wollyn, but if it be a pore cote under their uttermost garment, made of grete convass, and cal it a frok. Their hosyn be of like canvas, and passen not their knee, wherfor they be gartrid and their thyghs bare. Their wifs and children gone bare fote.”

Under conditions such as these the common people, little better than beasts, were reduced to treachery, thievery, and every sort of rascality. Footpads abounded.

The readiest victims were wayfarers, especially such as traveled with few or no servants in inclement weather. The servants were usually dispersed easily by a gang of footpads, and it took but a quick hand to throw the traveler’s cloak over his head and thus blindfold him.

Lucky the traveler who was able to slip out of his cloak, or cape, and take to his heels (see ESCAPE). But the victim’s cloak was almost as greatly prized as his purse, for it provided protection and warmth.

It was through this latter association, of the cloak with the robber, that the cloak came to be called a robe, the thing “robbed.”