Where does the word “standpatter” come from and What does standpatter mean?

The voluminous and authoritative Oxford English Dictionary offers 104 meanings of the verb to stand, alone and in combinations.

Of these, the thirteenth reads:

Card-playing. To be willing, or announce one’s willingness, to play with one’s hand as dealt. Opposed to pass. 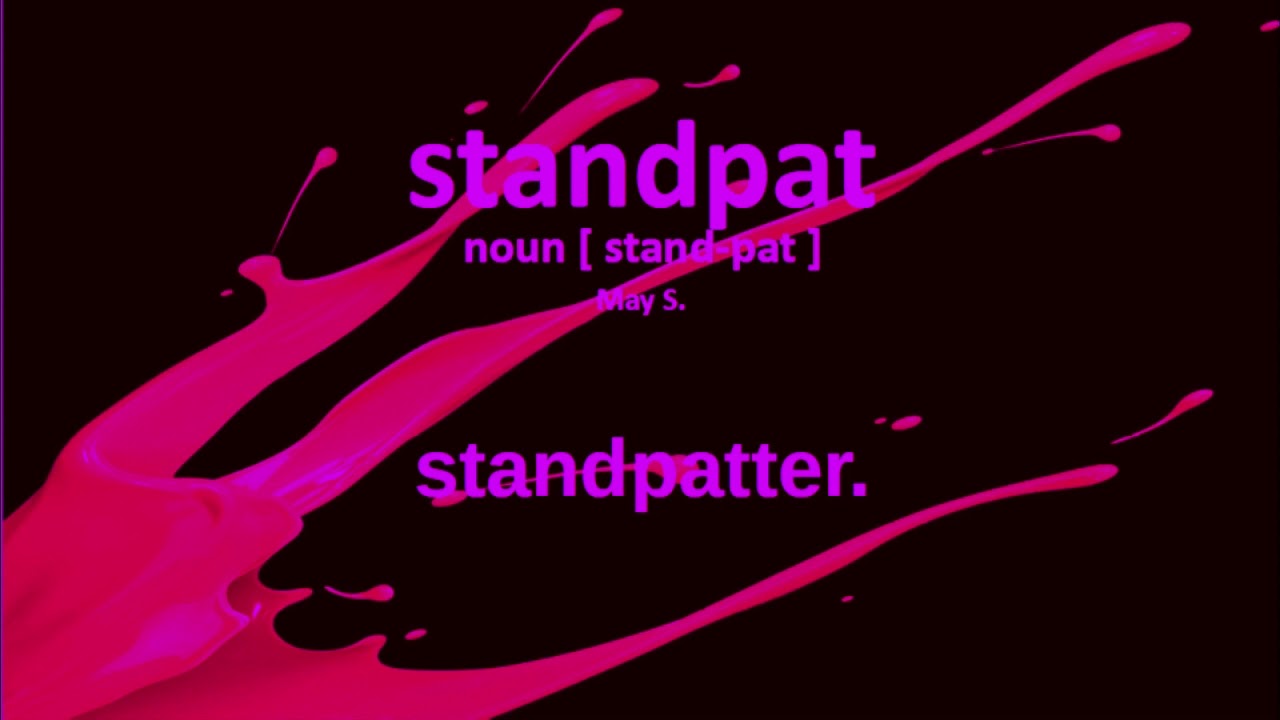 The same source gives three meanings of the adverb-adjective pat. The third, in part:

Exactly suitable or to the purpose.

Combination of these led to the verbal phrase to stand pat, which, incidentally, is the fourteenth meaning given for to stand.

The phrase was coined by a poker player, and it meant, “to stand (that is, to play without drawing) with a hand that is pat (one not apt to be improved by drawing).”

But then followed the almost inevitable extension of meaning into a non-specialized sense, and to stand pat came to be used, especially in politics, to denote the inactivity of a man who accepted the existing situation, not trying to improve it but at the same time doing nothing that would worsen it.

Such a person, eventually, came to be known as a standpatter, a conservative.