Where does Veal come from and How do cattle farmers make Veal?

According to the United States Department of Agriculture, a vealer is “an immature bovine animal not over three months of age: the same animal after three months, and after having subsisted for a period of time on feeds other than milk, is classified as a calf.”

Veal meat, then, comes from a younger animal than does beef. Unlike beef, which comes from a grain-fed cow or steer, veal comes from an animal raised for slaughter on a strict diet of milk, milk by-products, or milk substitutes.

Because of the young animal’s severely restricted diet, the meat of a vealer is noticeably different from mature beef. While healthy beef is pink, veal, because of the absence of iron from the vealer’s diet, has a pale, grayish appearance. 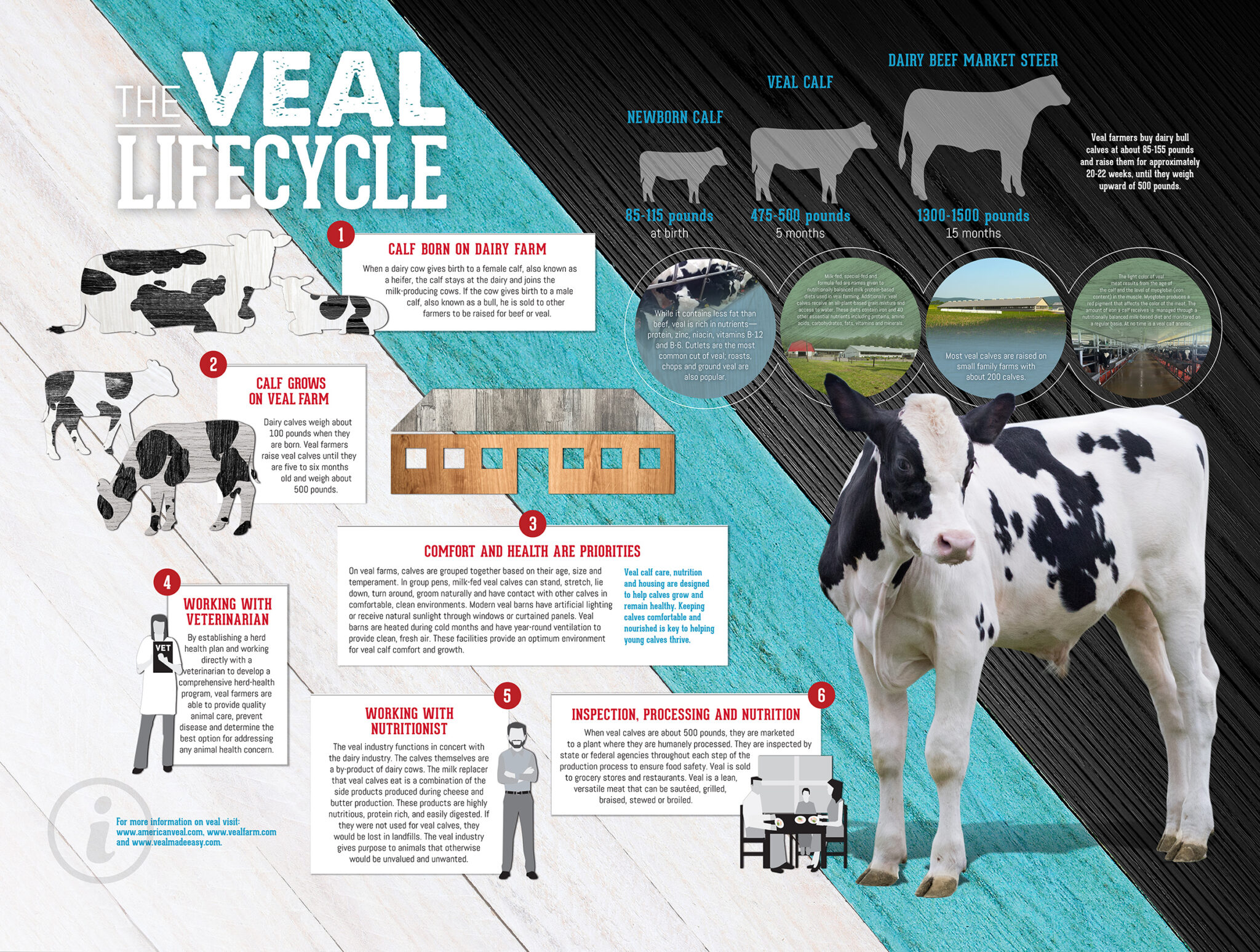 Beef is marbled and trimmed with fat; veal comes from an animal that has not yet developed substantial fat, and the flesh retains an even, creamy texture. The soft, slender, and reddish bones of vealers also distinguish them from their older counterparts, whose bones are heavier, whiter, and harder.

The two types of meat are taken from significantly different breeds of cattle. Veal, which is sort of a dairy spin-off, comes from the young of dairy cows, predominantly Holsteins and Guernseys in this country, while beef comes from the larger, meatier breeds, such as Hereford and Angus.

Only cows that have recently calved produce milk, a fact that necessitates a high birthrate among dairy cattle. The high birthrate leads to surplus calves, and surplus calves lead to veal cutlets, which, coming from animals not bred for meat production, are more delicate than cuts from big, mature beef cattle.

In recent years, veal has become something of a political issue, with various animal rights activists attacking as inhumane its method of production. They find offensive the fact that veal breeders often pen the vealers in such a way as to prevent their muscles from developing, so that the meat of the animal remains soft and tender.

The combination of enforced immobility, iron-free diet, and the young age at which the vealers are slaughtered, is more than enough to turn some people off Wiener schnitzel for life.