A staple on the American breakfast table for decades, good old wholesome shredded wheat dates back a century.

The story goes that at a small-town hotel in Nebraska in 1892, lawyer and inventor Henry D. Perky was suffering from indigestion one morning when he noticed a fellow guest eating an oddity for breakfast: boiled wheat covered with milk.

The stranger, a fellow indigestion sufferer, claimed his bland dish cured their common ailment. This inspired Perky to set out to produce the stuff and to make it more palatable. 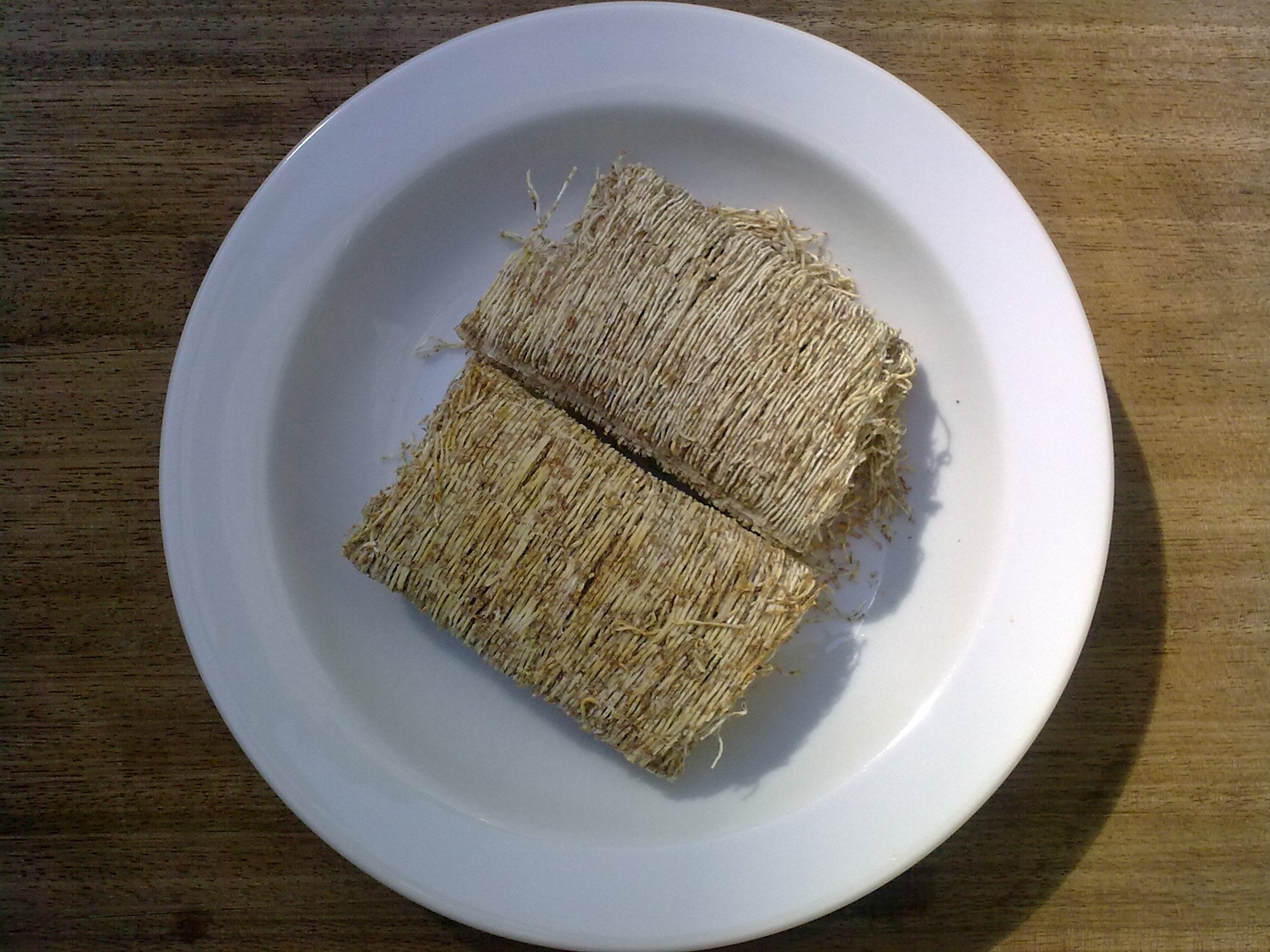 With the help of his brother in Denver, Perky devised a machine to extrude boiled wheat paste in stringy filaments, which were then woven into pillows of “shredded wheat.” After leaving them for a day to settle, the inventor then baked them to keep them from spoiling.

The first commercial shredded wheat biscuits were produced by a Denver cracker bakery in 1893. Their intrepid inventor then headed east to promote their healthful virtues to the mass market. In 1901 Perky opened a conspicuous red-brick Shredded Wheat bakery at Niagara Falls, New York, dispensing free samples of the “original Niagara Falls cereal” to its thousands of annual visitors.

Whether because of its curative qualities or simply its novelty, Perky’s shredded wheat caught on in a big way. In 1928 a large-scale manufacturer, the National Biscuit Company (predecessor of RJR Nabisco), bought the company, opening two new plants and introducing modern processing and packaging methods.

Today each plant processes daily several thousand bushels of soft white winter wheat that has been stored in adjacent grain elevators until needed. After the wheat has been cleaned and moistened in hot water, it is cooked in immense kettles for over half an hour. This 100 percent wheat gruel is then run through driers and cured in steel storage tanks to equalize its moisture content so as to yield a cool, dry paste of uniform consistency that can be shredded mechanically.

The shredded filaments are then stacked up in layers on a moving strip which passes under a cutter that separates the straw-like material into biscuits. These glide on to the oven to be puffed up and baked crisp and golden before being sealed in moisture-resistant packages and shipped to grocery stores.

In addition to the traditional “big biscuit,” shredded wheat is now made by competing manufacturers in snackable and child-friendly spoon sizes. And to please health nut and child alike, the wholesome wheat can be found bolstered with the bran of oat or wheat, or doused in sugar frosting.