Who Invented the Ice Cream Soda?

In 1874, a man named Robert Green was selling cold drinks at a fair in Philadelphia. His drink, called an egg cream, was made from cream, flavoring syrup, and carbonated water.

When Green ran out of cream, he put in vanilla ice cream instead. People who sampled the new dish loved it, and the “ice cream soda” soon became popular all over America. When Green died, the words “Originator of the Ice Cream Soda” were carved on his tombstone.

The ice cream cone was invented in 1904, at a fair in St. Louis. A young man gave his date an ice cream sandwich and a bouquet of flowers. She rolled one of the sandwich wafers into a cone to hold the flowers, then rolled the other wafer into a cone for the ice cream. 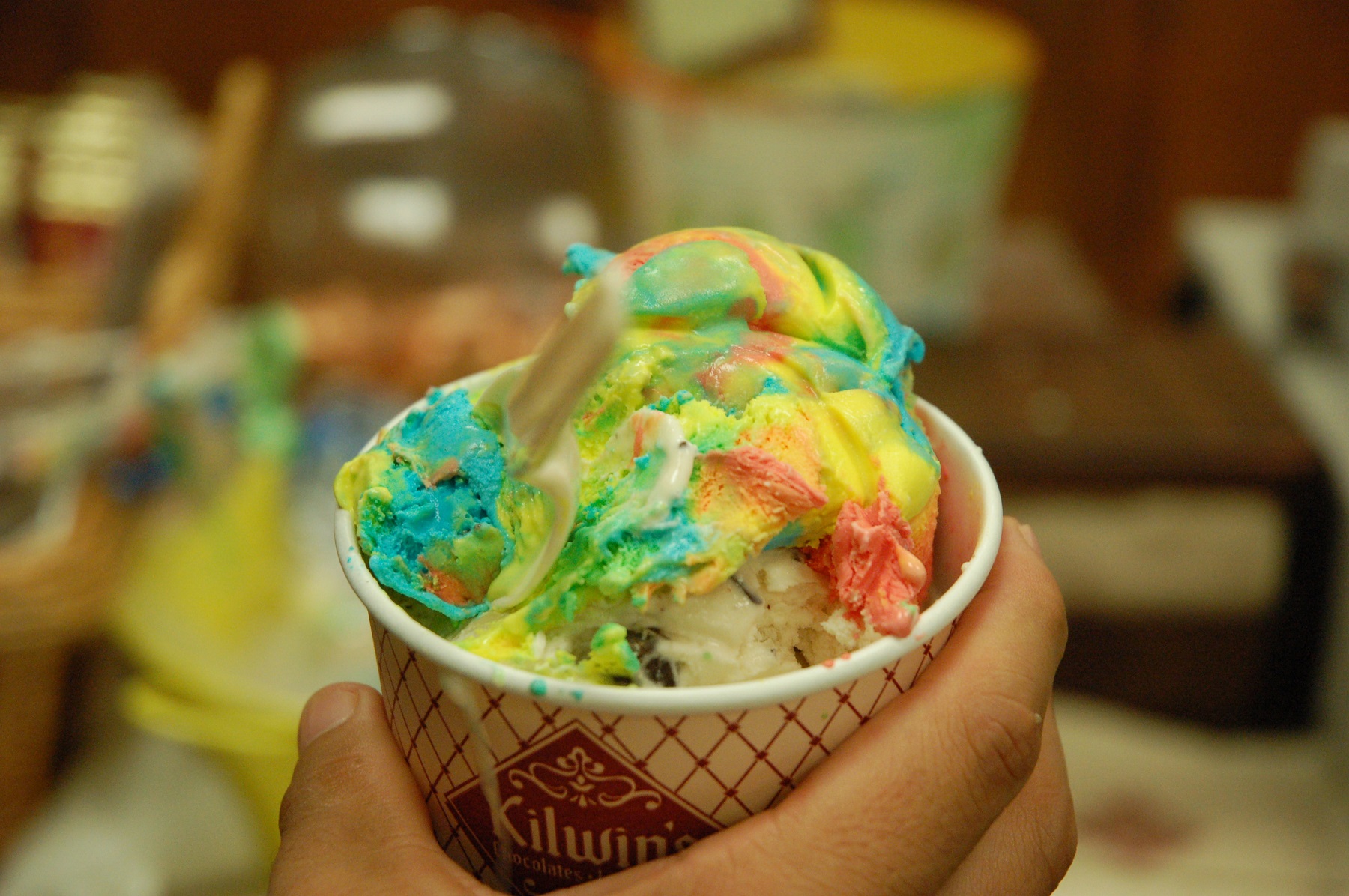 The ice cream pop was invented by an ice cream parlor owner in Ohio who had sold lollipops before he went into the ice cream business. One day he got the idea of putting an Eskimo pie (vanilla ice cream covered with chocolate) on a lollipop stick. These treats, called Good Humors, eventually became popular all over the country.