Who was Sequoyah and How did George Gist invent the Cherokee syllabary?

Born in about 1770, Sequoyah (also known as George Gist) was a Cherokee man who invented a way of writing down the Cherokee’s spoken language.

The task was very difficult: He worked for years alone in a cabin, making marks on scraps of paper and wood chips. Many of his friends made fun of him. His wife even burned down his cabin to make him stop his work. Although many of his early writing experiments were destroyed in the fire, Sequoyah was so determined that he just started working again.

At first, Sequoyah tried creating one symbol to stand for every Cherokee word, but this system was too complicated. He then decided to use symbols to represent each sound in the Cherokee language. Sequoyah came up with 85 symbols, which he taught to his daughter Ahyokeh. 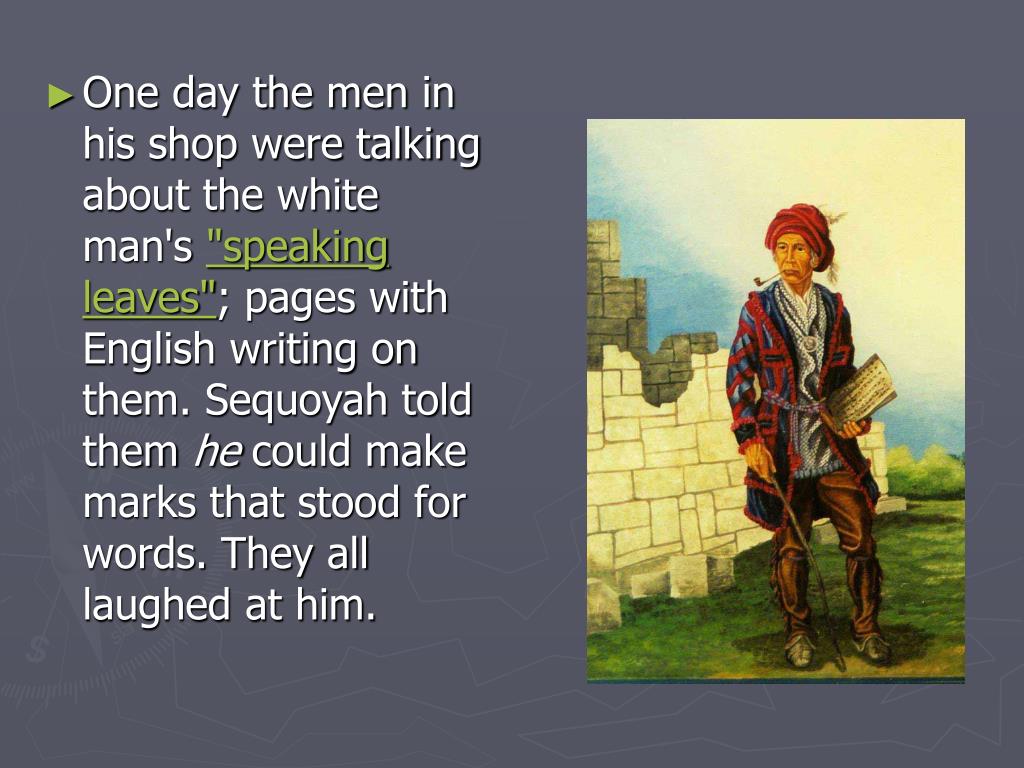 To introduce his writing system to other Cherokee, Sequoyah and Ahyokeh gave public demonstrations during which they took turns deciphering messages written using Sequoyah’s symbols.

Sequoyah is often depicted holding his invention: the Cherokee syllabary. It consists of 85 symbols derived in part from English, Greek, and Hebrew characters. A brilliant man, Sequoyah is the only person in history to invent an entire method of writing by himself.