Who was Tycho Brahe and What were Tycho Brahe’s Contributions to Astronomy?

Few other naked-eye astronomers have plotted the movement of planets quite as accurately as Danish nobleman Tycho Brahe. His observations of a new star in 1572 and the Great Comet of 1577 helped to shake off the Aristotelian belief that the planets and stars were unchanging and locked in ‘immutable’ celestial spheres.

Brahe’s schooling began at an early age. Indeed, at just two years old, he was taken from the family home by his uncle to start his education. At age 12, he began studying law at the University of Copenhagen, as was the norm for sons of nobility. However, while the solar eclipse of 1560 cast a dark shadow across the Earth, it lit Brahe’s passion for astronomy, and he emerged himself in the works of the great astronomers of the time.

For some time Brahe studied abroad, but upon his return another uncle – Steen Bille – funded the construction of an observatory and chemical laboratory at Herrevad Abbey. It was here in 1572 that he fi rst noticed the appearance of a very bright star. At the time, the popular theory was that the planets and stars were carried on material spheres (spherical shells) that fitted tightly around each other. Brahe’s observations proved that his sighting was indeed a new star and not a local phenomenon, and therefore this arrangement was impossible. 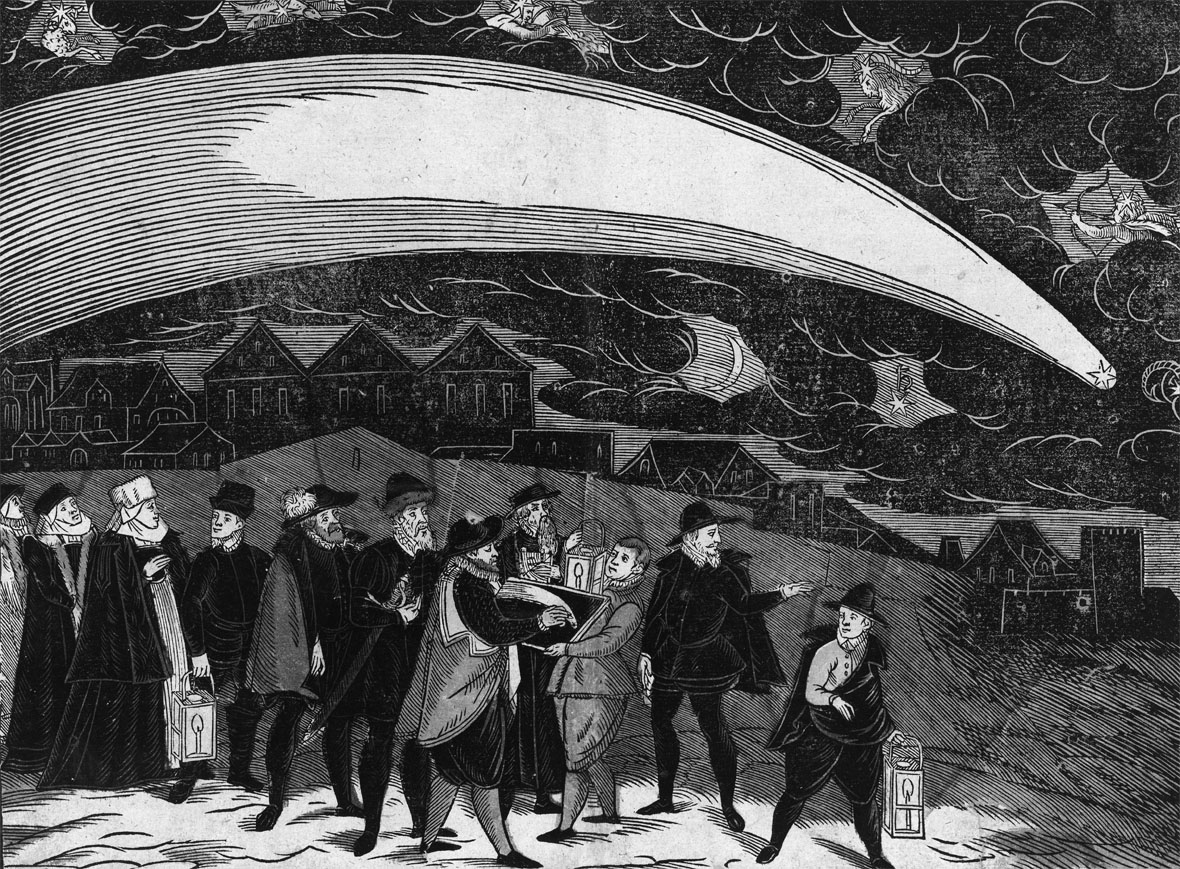 A year later he published his first book – De Nova Et Nullius Aevi Memoria Prius Visa Stella (On The New And Never Previously Seen Star) – and it was from this that the term ‘nova’ came into common use to describe a new star.

After another tour abroad, King Frederick II, desperate to keep Brahe in Denmark, offered him the island of Hven and funding to set up another observatory. In 1576 Uraniborg was built, and later an underground observatory called Stjerneborg. As well as being observatories, they also functioned as workshops where Brahe designed and built new instruments. With these he was able to make incredibly accurate observations and the precision of his celestial positions was said to be more accurate than any before. When King Frederick died in 1588, Brahe’s popularity declined.

In 1599, after falling out with the new king, Christian IV, Brahe moved to Prague (then part of Bohemia). Sponsored by the Bohemian king Rudolph II, he built a new observatory at Benátky nad Jizerou. Here he was responsible for compiling the Rudolphine Tables – astronomical tables that would allow calculations of the planetary positions for any time in the past or future. Here Brahe also met Johannes Kepler, who came to be his assistant until Brahe’s death in 1601. He entrusted the continuation of his extensive research to Kepler, who published the finished astronomical tables 26 years later.

The Tychonic system is a model of the Solar System developed by Brahe. Unlike Copernicus’s heliocentric model (with the Sun at the center), he believed that Earth was too ‘hulking’ and ‘lazy’ to be continuously in motion. Religion also played a part in Brahe’s rejection of heliocentrism, and cited the Bible in his work. Instead, he suggested a ‘geo-heliocentric’ model in which the Earth is at the center of the universe, with the Sun and Moon orbiting the Earth and the other planets orbiting the Sun.