Does a Hamburger Have Ham in It?

Absolutely not! Hamburger is made of ground-up beef. Its name came not from what’s in it, but from the place it originated Hamburg, Germany.

However, the idea of ground-up meat can be traced even farther away, to the Baltic countries.

There, in the Middle Ages the Tartar people scraped raw meat, seasoned it with salt, pepper, and onion juice, and ate what they called “tartar steak.” It is believed that traveling merchants from Hamburg tasted this dish while in the Baltic and brought it back to Germany with them. There, it became known as the “hamburg steak.” 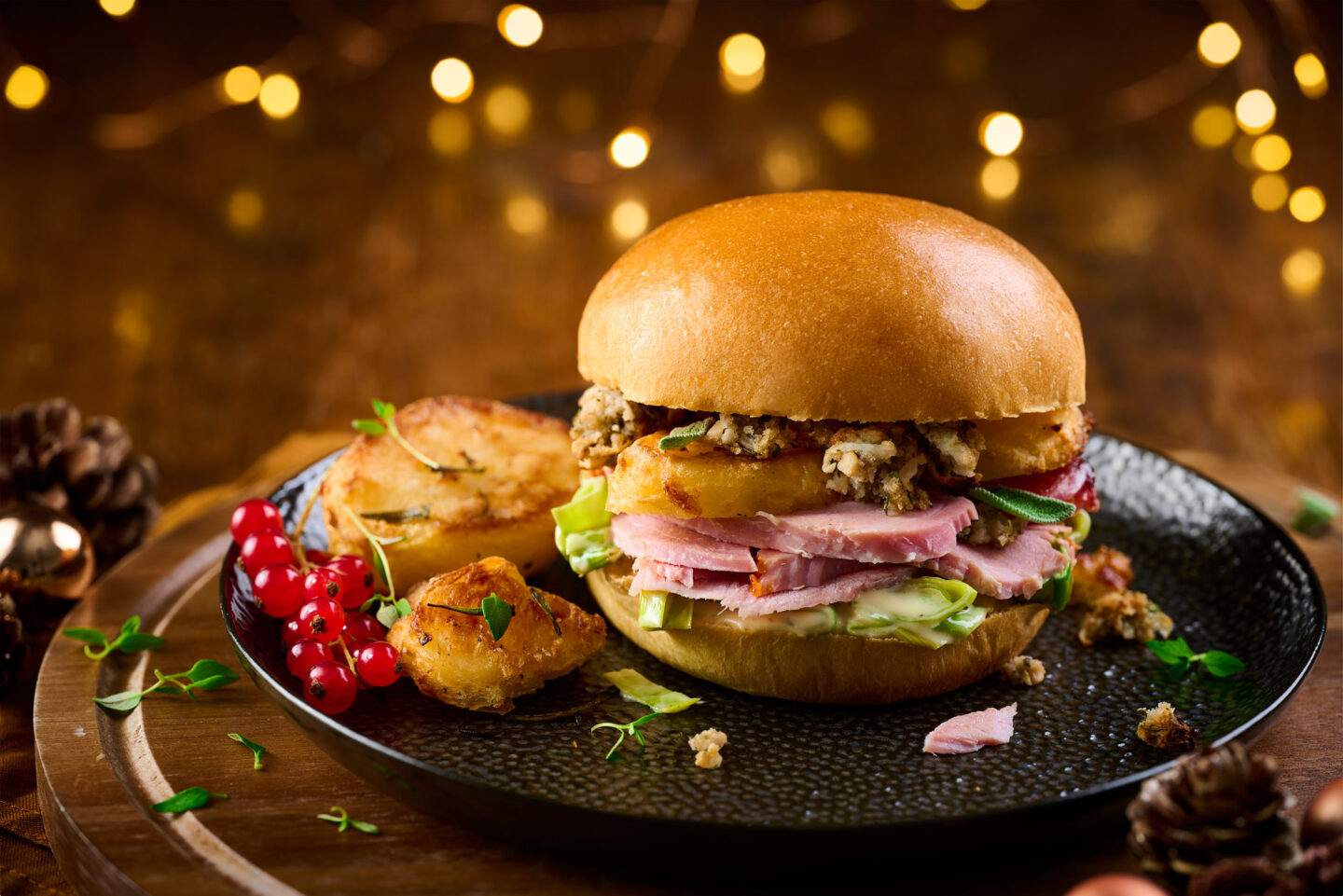 Variations were added to the hamburg steak. It was shaped into patties, as we know it today, and even, cooked!

The popularity of the hamburg steak spread throughout Europe. In England and Ireland, where it was served very well cooked, it became known as “Salisbury Steak.”

It was named after Dr. Joseph Salisbury, a doctor who actually prescribed it for his patients with anemia, asthma, colitis, and other ills. They were to eat this meat three times a day, along with hot water, according to Dr. Salisbury’s prescription.

The hamburger came to the United States with German immigrants who settled in the Cincinnati area in the 1830s. But it wasn’t until the early 1900s that the bun was added, creating a “truly American” dish.

The hamburger was also the first product of the fast-food chains in the United States. The leader in the mass-produced hamburger business today is McDonalds, which began selling its burgers in 1955, and by 1978 reached a total of 25 billion. Today, McDonalds sells 1 billion burgers every three months from its 4,617 locations all over the world, including Hamburg, Germany.