What is the story of El Dorado about and Where did El Dorado come from?

But a very strange ritual was once performed here, one that caused Spaniards and Englishmen alike to forsake the comforts of home, battle alligators and jaguars and cannibals, suffer scurvy and starvation, and lose their way in the torrid jungles, all for the allure of gold.

According to an ancient legend, this little lake was formed thousands of years ago when a meteor struck the earth. The memory of this bizarre event was passed down through the generations in the form of a myth: that one day long ago a golden god dropped from the sky and settled in the bottom of Lake Guatavita. 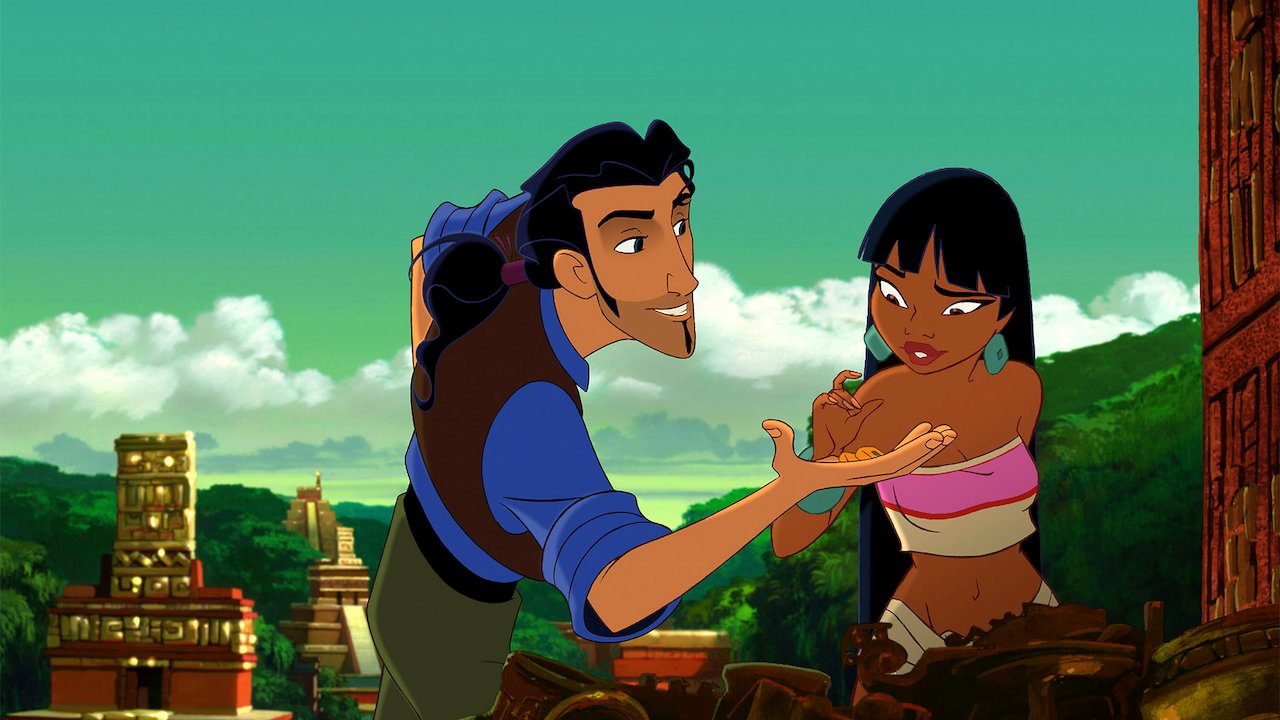 The Muisca Indians of the Chibcha tribes lived and farmed near the sacred lake, and with the election of each new chieftain (or on other designated days), they gave thanks to the god who inhabited it. They rubbed the new leader with balsam gum and then dusted him with gold, sprayed through cane tubes.

What a dazzling and strange sight it must have been, this golden statue striding toward the lake accompanied by priests in black robes and Indians painted red. He took a raft to the center of the lake and dove in, while people on the banks threw emeralds and gold objects to please the god in the waters. Evan S. Connell reports in A Long Desire that the last performance of this ritual was in 1480, but talk of it only increased with time, and fantastical accounts spread throughout the region and across the seas.

At length, the ritual became fused with the dreams of avaricious Europeans, eager for plunder, power, and reward. They decided this gilded man was the omnipotent ruler of a golden empire, where he and his nobles dressed in gold each day and washed it off at night, where soldiers wore golden armor and buildings were coated in gold.

A German by the name of Ambrosius Dalfinger was the first to seek El Dorado, the golden man with his lustrous city. Shirking his duties as Governor of Venezuela, Dalfinger plunged into the jungle in 1529 with 200 soldiers.

He managed to obtain some gold objects, not in vast quantities, but the quality of craftsmanship surpassed the abilities of the Venezuelan Indians. They came, he learned, from a wonderful place called Xerira, where emeralds and gold were abundant and easily bought. This was enough to keep Dalfinger searching for the next ten months, but in vain.

After tending to some business at home, he set out again in 1531, this time convinced that all the Indians knew the location of Xerird and, if sufficiently tortured and terrorized, would relinquish the information. His horrific deeds resulted in the collection of 100 kilos of gold (which was dispatched to his home but lost in transit in the jungle) but no golden kingdom. Two years after setting out, survivors of the hapless mission straggled back to their town of Coro with tales of vampire bats, yellow fever, syphilis, and poisoned arrows, one of which had found its mark in Dalfinger’s throat.

A lawyer disenchanted with his profession was next to pursue the city of gold. In 1536 Gonzalo Jimenez de Quesada started upriver from Santa Marta on the Colombian coast, purportedly to find a quick passage to the South Sea for Charles V of Spain. But he and his 900 men had gold rather than spices in mind, and were willing to suffer every pestilence imaginable to attain it.

Cannibals captured and ate some; wild beasts feasted on others; the remainder were racked by disease and starvation. With nothing to eat but insects and bats, the hides of dead horses, leather shields, and raw corn, those who were able trudged on. After a year, with 600 dead, Quesada reached the lofty plateau of Cudinamarca, home of the Chibcha Indians. He easily seized the town of Tunja at the foot, where the houses were decorated with thin sheets of gold. Indians showed Quesada Lake Guatavita, but somehow this didn’t jibe with the Spaniard’s expectations. Nor did the Indians’ insistence that the gilded chieftains were a thing of the past convince him. Quesada stayed on the plateau for two fruitless years in search of an empire of gold.

Just as Quesada was contemplating a return to Spain to obtain governorship of this territory he called New Granada, an uncanny coincidence occurred. Two other armies, each unaware of the existence of the other and of Quesada’s, converged on the Cudinamarca plateau, the reputed kingdom of gold. From the southwest came the lavishly dressed Governor of what is now Ecuador: Sebastian de Belalcazar, a captain of Pizarro, with his well-armed soldiers and an ample supply of pigs, cattle, and horses.

At nearly the same time, a ragged, feverish, and very hungry troop trickled in from the northeast; this was led by Nikolaus Federmann, who had marched 1,000 miles in search of El Dorado. Quesada’s gifts of emeralds and gold proved sufficient to placate the advancing armies, and the Spaniard, by now well accepted by the natives, retained his position, formalized in a ceremony assigning all lands to Charles V.

Still, despite the concurrent arrival of the gold seekers and the resultant hubbub, the elusive city did not appear. And the aftermath of the adventure was a definite anticlimax: Federmann was accused of theft by his German employers and died in 1541; Quesada, still wishing to be Governor of New Granada, lost out to his financier’s son because of some intrigue at court. The hardy conquistador continued to dream of El Dorado and died penniless in 1579, a victim of leprosy. Belalcazar fared a little better, returning to govern the northern part of the Inca realm; but after killing a challenger, he was recalled to Spain and died en route.

Quesada’s younger brother, Hernan, rekindled the fires of the El Dorado dream after the three conquistadores had departed from Guatavita. He engaged some Indians to start emptying the lake so that he could find the gold trinkets that, according to legend, had been tossed there. Dipping calabashes into the edge of the lake, the Indians passed them along a line of workers stretching to a surrounding hill. Then the gourds were emptied and sent back.

After several months, Hernan took a good look at the lake bed and found a few objects—not gold, however, but gilded copper. The heavier gold objects must have slipped into the middle of the lake. Now Hernan had tangible evidence of the veracity of the legend, but this tedious search was decidedly unromantic, and he gave it up. Instead he embarked on a disastrous search elsewhere for the shadowy El Dorado. He forfeited the lives of thousands of Indians and over 100 Spaniards—all for naught—and was later struck by lightning.

Undoubtedly one of the most persistent pursuers of El Dorado was Quesada’s nephew, Antonio de Berrio, a captain of the guards in Granada. He happened to inherit his uncle’s estate in the New World, which in 1580 was producing a comfortable income. But if he was to have it, read Quesada’s will, he would have to carry on the search for El Dorado.

Rather reluctantly, Berrio read up on the previous star-crossed expeditions, but the horror, the mystery, and the romance took hold. For 15 years, Berrio’s wife and daughters sat at home while he traipsed through the sultry jungles, meeting and talking to everyone. One such acquaintance was Juan Martin de AlbUjar, a survivor of an expedition ten years before.

This wild character offered to swear on the Bible that while a captive of the Caribs, he had been led blindfolded through the jungle to a vast city called Manoa, by a Lake Parima. There, free to see, he walked and walked past stone houses to a glorious palace where lived the Gilded Man. He stayed seven months, telling the luminous figure about Spanish customs and then left (again blindfolded) with gifts of gold and jewels, which he proffered as evidence of his tale. This ignited Don Antonio to try once more, but at that point in 1595, he met conflict and competition with the encroaching English.

Sir Walter Raleigh was Don Antonio’s bete noire. He seized Berrio and pumped him for information, of which he got little, for Antonio pretended to be senile. Raleigh headed up one of the mouths of the Orinoco and promptly got lost. He took a gentler approach to the Indians than had the Spaniards, and was continually reassured that indeed just beyond the mountains was a kingdom of gold.

At a point 300 miles upriver, Raleigh decided to turn back, but left two men to carry on his search. Hugh Goodwin was to learn the language of the Indians; Frances Sparrey was to march on to the golden city, study its fortifications, prepare methods to seize it, and return to the Orinoco. There he might meet Raleigh again, or go on to the coast and hitch a ride with another English ship. But the unlikely plan collapsed, for the Spaniards caught Sparrey and threw him in jail.

In 1603, Sir Walter Raleigh as well found himself imprisoned, in the Tower of London, charged with having failed to report plots of treason. Since his return to England, he had countered his disappointed and skeptical sponsors by writing a huge and rather fantastical opus titled (in brief) The Discoverie of the Large, Rich, and Bewtiful Empyre of Guiana, with a Relation of the Great and Golden Citie of Manoa (which the Spanyards call El Dorado).

Here Raleigh recounted the ancient ritual of the gilded man, and Lake Parima, reportedly lying between the Orinoco and the Amazon, suddenly popped up on all maps of South America and remained there until 1800. Raleigh was sentenced to die, but in 1616 he stepped out of the Tower toward freedom, only because of some persuasive talk about finding El Dorado for the glory and purse of King James. His flagship, the Destiny, set sail in 1617, but once again it was the white man’s fate to suffer for greed. Forty-two men died by the time the ship reached South America, and Raleigh contracted malaria. He sent a group upriver; it was devastated by Spaniards.

Those who survived turned tail and sailed back to England. Raleigh had only managed to extend his life two miserable years. In October 1618, again accused of treason and considered a pirate, he walked to the scaffold and there spoke his final words, an eloquent speech of 30 minutes.

Today a hint of the mythical El Dorado may be seen in the Museo del Oro of the Banco de la Republica in Bogota. Nearly 10,000 pre-Columbian gold artifacts reside here, including brooches, masks, spoons, nose rings, and images of men and beasts, many of which were made by those quiet farming folk the Muisca.