How do engineers and construction crews make tall buildings perfectly straight and vertical?

Next time you’re near a particularly tall high rise building, stand at the base and look up, sighting along a corner.

It will undoubtedly surprise you to see that the building really isn’t perfectly vertical; it may even jag in and out in some places. It would be entirely too time consuming and costly for engineers and construction crews to make each building absolutely plumb (or straight); and besides, it isn’t necessary.

The strong materials of which the buildings are constructed have a certain amount of flexibility and give. On a very windy day, for example, a skyscraper might sway as much as several inches without cracking or causing damage. Some imprecision may also arise from human error in the construction process, without grave consequences. Nevertheless, various precautions are taken to keep a building plumb as it is going up. 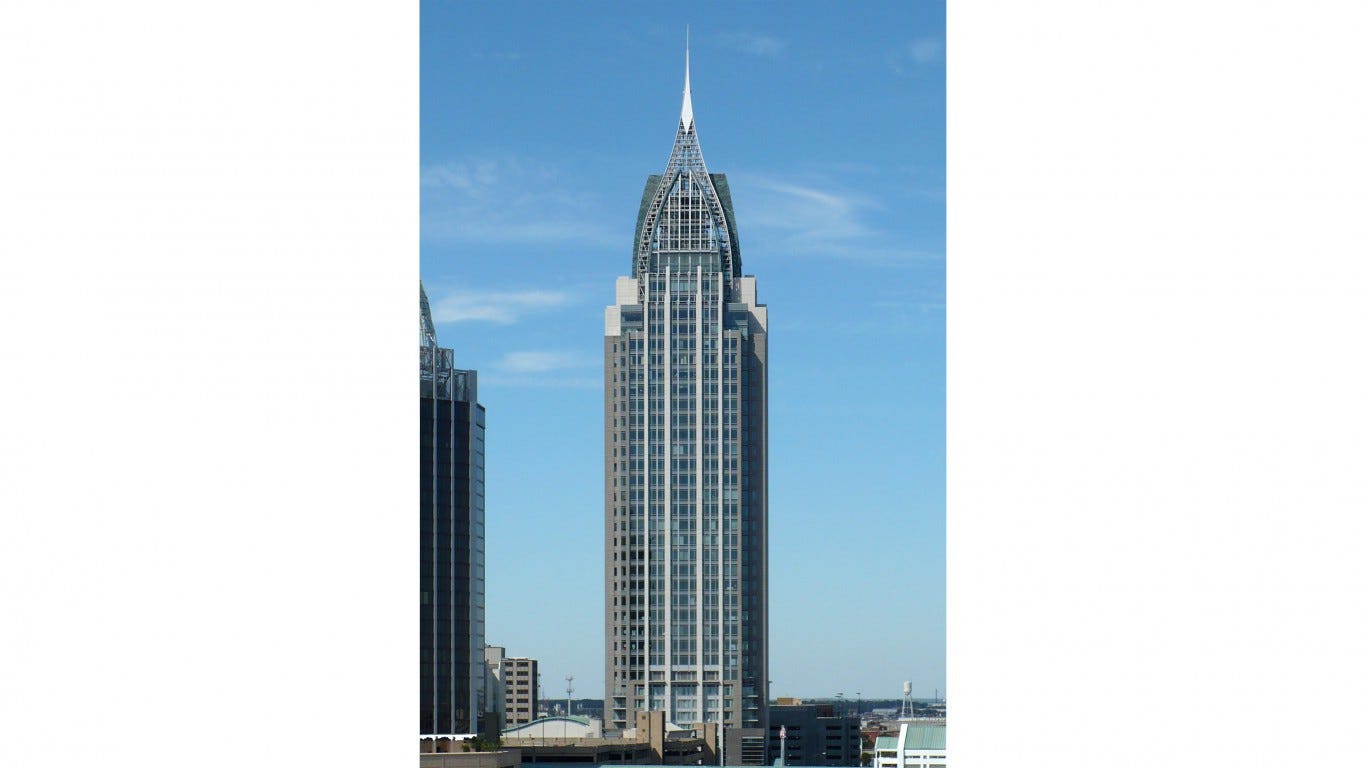 The simplest building has four supporting members, or columns, one at each corner. The columns are set on base plates that are secured by grout (high strength concrete) lying underneath.

The first step in making a building vertical is to check the elevation of the base plates to make sure all four are equal. The construction crew erects columns with a “splice elevation” of two tiers, which means the members extend just above the level of the second floor.

While the columns are supported with heavy steel cables called guy wires, the builders lay the horizontal members, or beams, on which the first and second floors will be built. It is only at this point that they check to see whether the building is going up straight.

Two workers stand on the second beam, one with a measuring rod, the other with a level (or a transit, which contains a level). The rod, which is graduated in hundredths of a foot, has a movable metal target that can be clamped wherever desired. The transitman, holding the level, “shoots” with his telescopic sight at the rodman, who holds the rod successively at each corner of the building. The team can then determine whether the splice level is equal all around.

The next step is so obvious and basic, one wouldn’t suspect it in this era of advanced technology. The crew dangles a “plumb bob,” a weight on a string, from the second tier to the ground. Since the pull of gravity naturally draws the string into a straight line, the crew simply measures the distance between the building and the string at the top and base of each column.

An alternate method requires the use of a transit. The key instrument in any surveying operation, a transit can be used to measure horizontal angles to any required accuracy, vertical angles to about plus or minus 10 seconds of arc, differences in elevation, and distances. The transitman stands on the ground a certain distance from the building and shoots at a point, say, 3 inches outside the column near the bottom and then 3 inches outside the column at the second tier.

If those points are aligned, the building is plumb. If not, the heavy guy wires supporting the columns must be adjusted. Since bolts connecting the members have not yet been fully tightened, the whole structure can be shifted the necessary amount to make it plumb. The construction crew must, of course, repeat the procedures at each splice level, usually every two floors.

Whereas gravity is an aid in making a building vertical, the curvature of the earth can produce some startling results with an apparently plumb building. This factor is a consideration only in the case of exceptionally tall or wide buildings, but engineers have been known to overlook it, thinking that the measurements for a small building can be transferred precisely to a large one. Picture imaginary lines extending toward the center of the earth from the columns of a terribly high building, or one that covers a large area, if the columns are perpendicular to a tangent of the earth at the point of contact.

In either case, lines pointing down into the earth would eventually meet and form an angle, which means that although the columns may be inherently straight, they are not exactly parallel to each other.