What does Juggernaut mean and Where does the word Juggernaut come from?

A huge grotesque image of the god Vishnu has been worshiped for the past eight centuries or more at Puri in Orissa, India. The local name of the god is Jagannath, a name which sounds to Occidental ears as Juggernaut.

There are several curious customs connected with the worship of this god. Among them is that each summer he is taken from his temple to his “country house,” a distance slightly less than a mile.

The god is therefore placed on a large cumbersome wagon about thirty-five feet square and having sixteen wheels, each about seven feet in diameter. 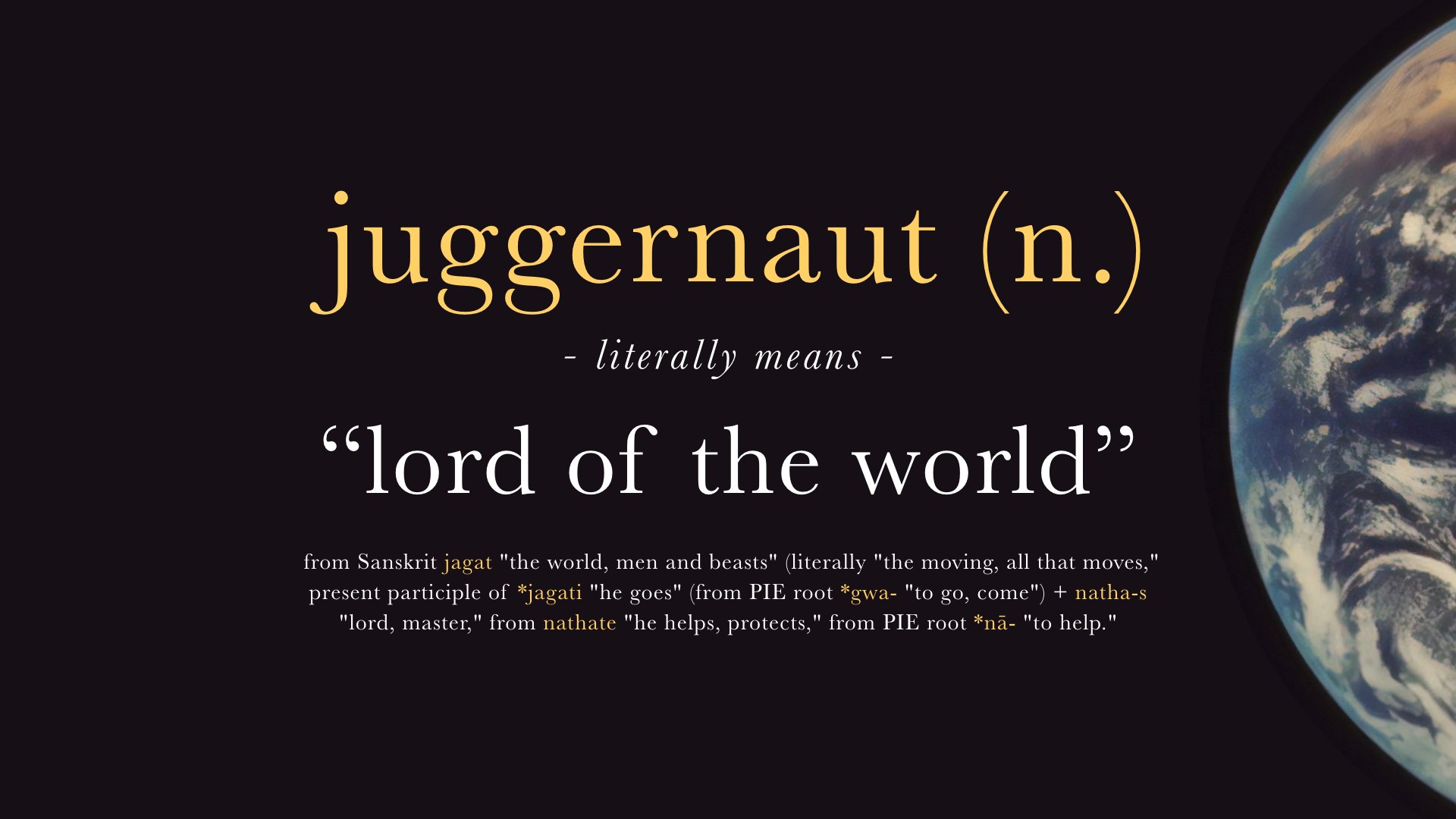 The god towers about forty-five feet in the air. Ropes are attached to the wagon, and to those carrying the images of his brother and sister which accompany him. Thousands of willing pilgrims drag the huge conveyances on their way.

The path is so sandy and the weight so great that, despite the short distance, the journey requires several days.

Early travelers, seeing this annual spectacle, brought back strange tales. Perhaps, seeing some weak or aged pilgrim faint under heat and exhaustion while pulling the ropes, he thought the man had thrown himself under the slow-turning wheels as a deliberate sacrifice.

His report of one such victim, which may have been accidental, was magnified by later travelers. Some of these Occidental travelers, then, not knowing that even the accidental shedding of blood in the presence of the god is a pollution, reported that many devotees threw themselves each day beneath the wheels as the car moved slowly toward its destination.

Thus, through these exaggerated tales and mistaken interpretation, brought about by ignorance of the real purpose of the journey, the “car of Juggernaut” became a literary symbol of relentless self-sacrifice to which one devotes himself blindly, and juggernaut was adopted into English speech as a figurative term for any powerful force that relentlessly moves to destroy all in its path.