What is The Mystery of the Tiahuanaco Ruins?

Near Lake Titicaca in Bolivia, at an altitude of 13,000 feet, lie the ruins of an ancient city that has been a puzzle ever since it was discovered.

The city, called Tiahuanaco, was built by a people who lived in the region before the Incas came to rule there. But who the builders of Tiahuanaco were, and why the city fell into ruin, no one knows for sure.

One of the structures in the ruins of Tiahuanaco is the Akapana, a huge pyramid-shaped hill 167 feet high that once had an artificial lake at its summit. The most astounding structure at Tiahuanaco is the Gate of’ the Sun, a stone gateway more than thirteen feet long, seven feet high, and two feet thick. 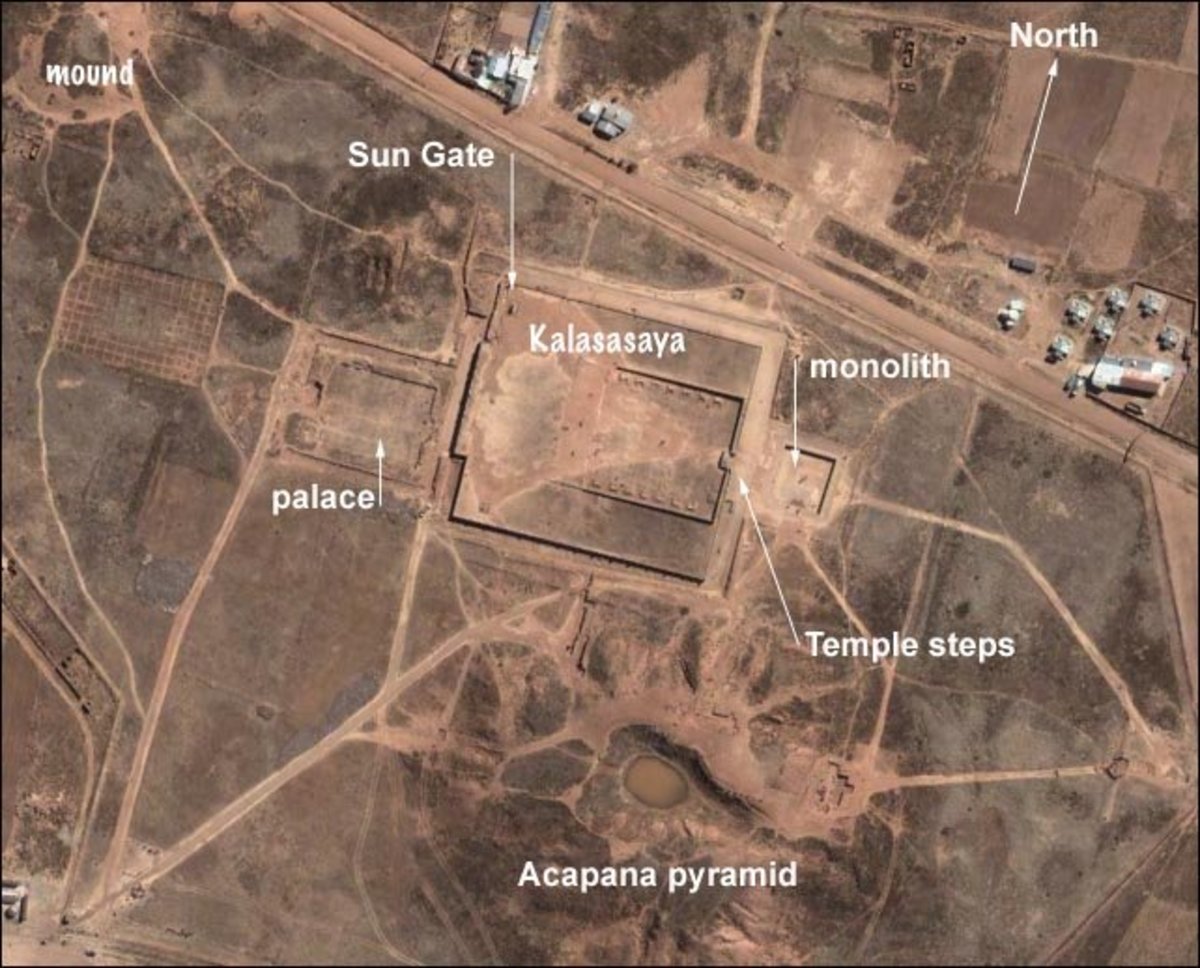 The gateway was carved from a single piece of stone, making it one of the largest single pieces of’ stone cutting on earth. The Gate of the Sun bears a series of carvings that may be an ancient calendar. More than one scientist has claimed that the calendar is not an earth calendar, but a calendar for the planet Venus!

Have questions? Email us: ka[email protected]