Where does the word “phaeton” come from and What does phaeton mean?

Helios, in Greek mythology, had charge of the chariot of the sun.

Thence, it was believed, Helios, his chariot, and the four horses that drew it were wafted in a golden boat during the night along the northern rim of the earth back to the east again. Helios had a young son, it was said, whose name was Phaeton. 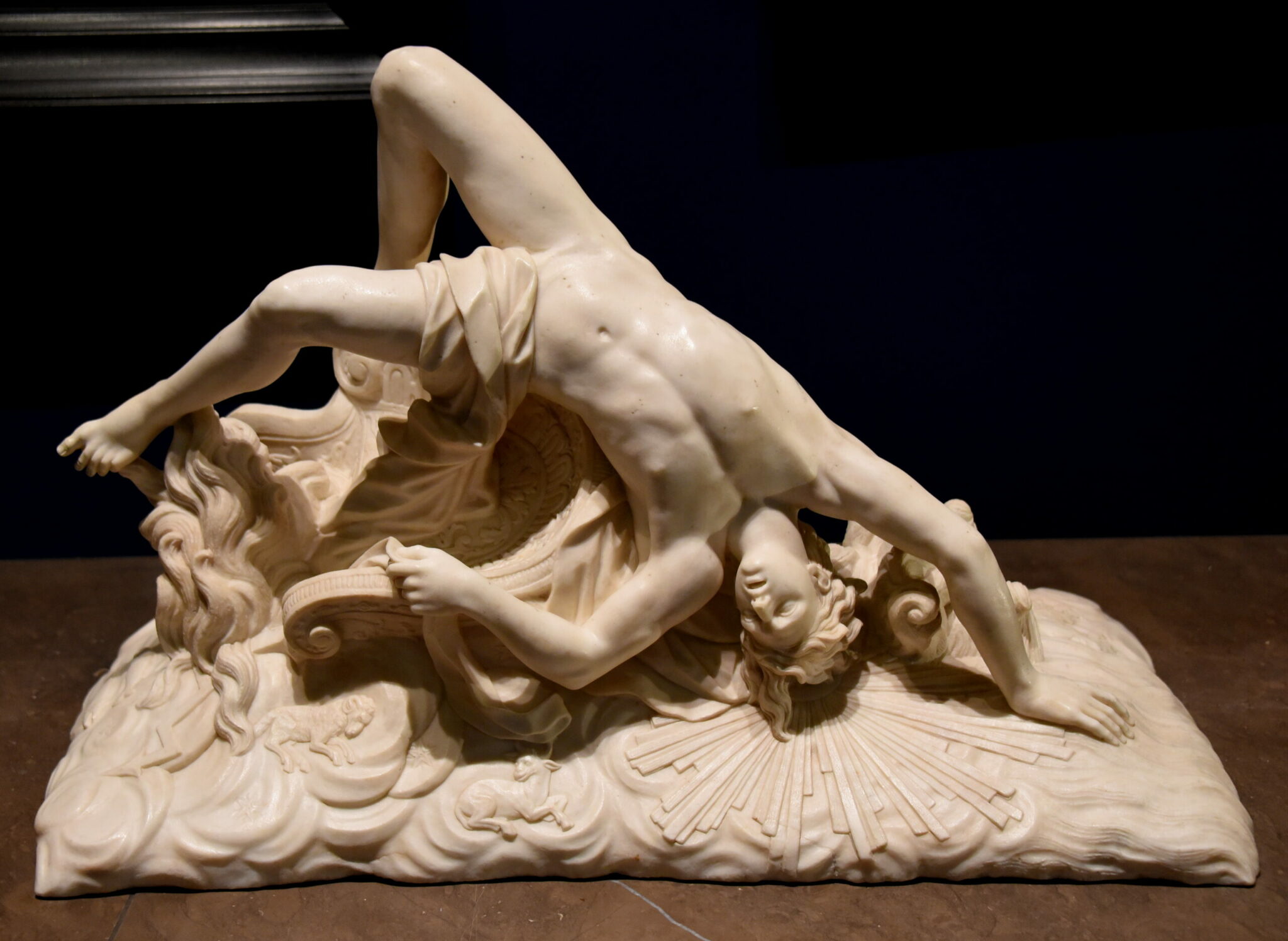 The lad, as boys will, tremendously admired the shining chariot and the wonderfully speedy horses, and constantly begged the privilege of driving it. His pleas fell on deaf ears, until, finally, he persuaded his mother, Clymene, to add her petitions.

Thus, one day, Helios yielded against his better judgment, and the young lad set forth proudly. But as the morning wore on young Phaeton’s arms grew weary from the strain of controlling the four dashing steeds, and he became unable to keep them upon the straight course.

The chariot was sometimes pulled high into the sky, when, exerting all his strength, the lad brought it back so close to the earth that the ground scorched. Zeus, watching the erratic course of the chariot through the sky, feared that both heaven and earth would be set afire.

To stop it he drew a thunderbolt from his shaft and hurled it at the boy, whose lifeless body then fell into the Eridanus, a mythical river subsequently thought to be the Oder or the Vistula. His weeping sisters rushed to the spot, mourning his death.

There the sympathetic gods transformed them into poplars, their tears into amber, a formation later found abundantly at the mouths of those two rivers.

It was to this ancient legend that the British alluded in the sixteenth century when they called any reckless young driver dashing along the roads a Phaeton.

The sound of the word was pleasing, so the name was transferred later to the vehicle which, drawn by two horses, became fashionable in the eighteenth century.