Where does the word “sinister” come from and What does sinister mean?

Roman augurs, when studying the heavens for signs which, it was believed, would indicate the will of the gods, faced toward the south. 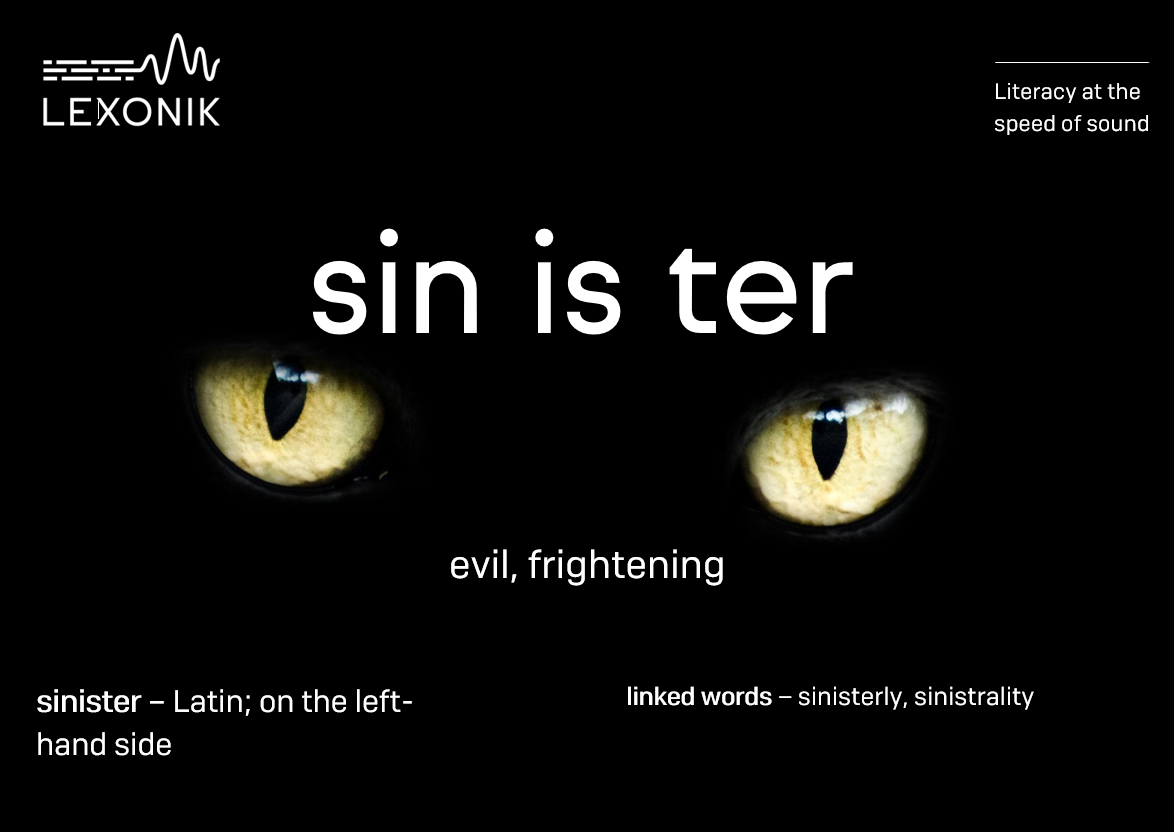 The eastern or favorable omens, accordingly, appeared on the right side, and the unfavorable ones upon the left. Roman poets, who almost invariably aped Greek customs, followed the Greek thought in this field as well.

Hence, because the writings of the Roman poets were popular in the literary world of England in the sixteenth and seventeenth centuries, sinister, although a Latin word, has come down to us in the sense ascribed by the Greek augurs to the left or western side of the heavens; hence, of evil aspect.