Who Were Geb and Nut In Ancient Egyptian Mythology and How Were the Gods of the Earth and Sky Separated?

Geb was a male god who represented the land of Egypt. Lying on his back, the folds of Geb’s body formed the mountains and valleys of the earth.

Nut was a female sky goddess who stretched overhead in a large arc, forming the blue sky of clay or shining with stars at night. 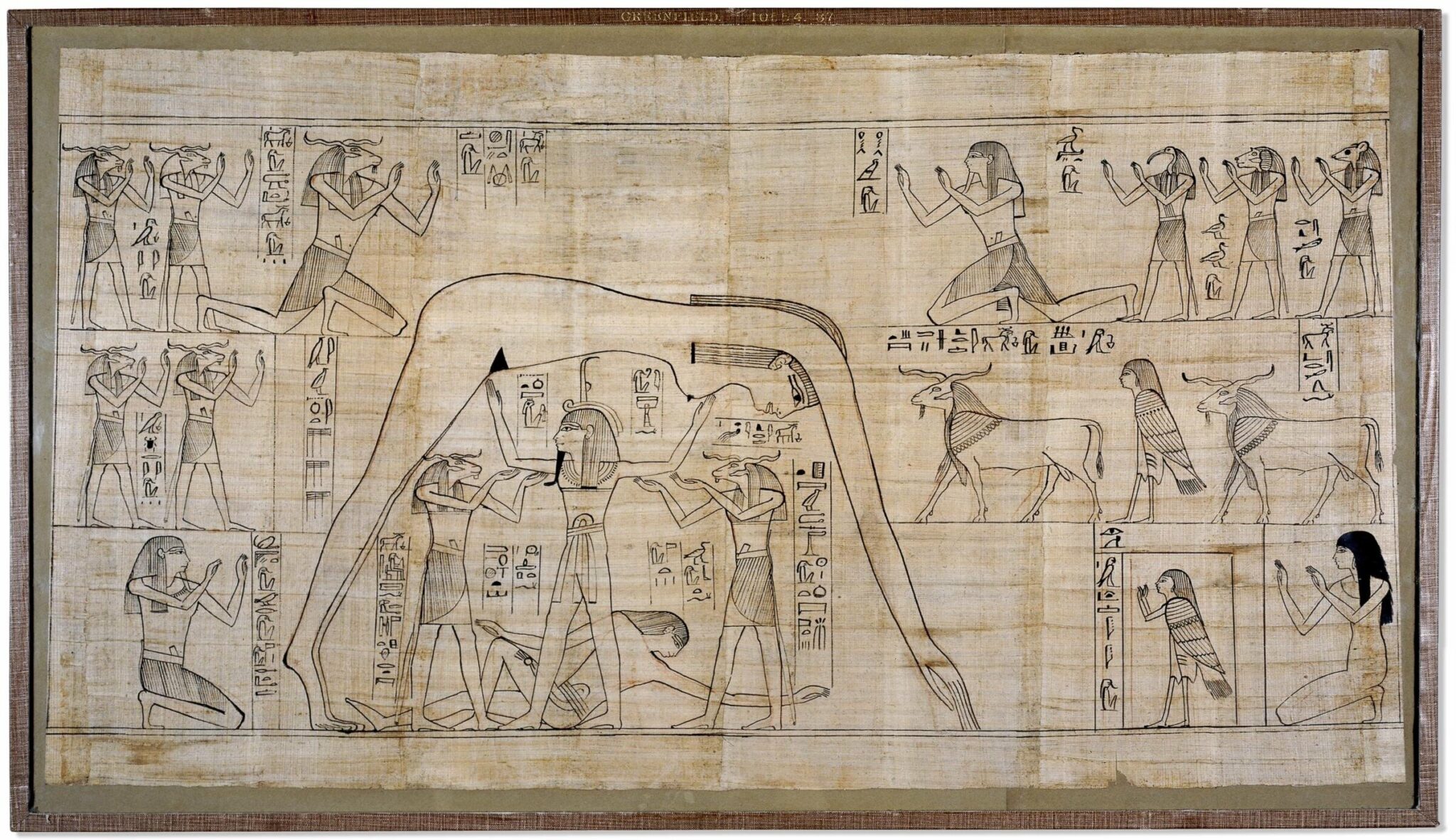 Originally, the two gods lay close to each other, making it impossible for any living thing to exist.

Ra then ordered Shu, the god of the air, to separate them. Shu raised Nut so high that she began to tremble.

During storms, the Egyptians believed that Nut slipped downward toward the earth, causing thunder.

Every day, Ra traveled in a sailing vessel, called the sun barque, along the underside of Nut’s body. He began the journey as a young boy, grew into a man at noon, and was an old man in the evening.

At dusk, Nut swallowed the sun barque with Ra inside. During the night hours, Nut’s skin sparkled with stars as the sun god journeyed through her.

At dawn, all creation was filled with joy as Nut gave birth to Ra, thus renewing the cycle of day and night.

The blood she shed while giving birth colored the sunrise red.

Some Egyptian myths told how the sun god rose as a young boy out of a lotus flower that had grown on the primeval mound.