How do Editors write headlines for daily newspapers such as the New York Post?

A good one can boost sales by thirty thousand copies in a single day. At forty cents an issue, that’s $12,000 in additional revenue for Manhattan’s highest street-sale-circulation tabloid.

Even more, a well-received “wood”, an idiom dating back to when headlines were carved from blocks of oak, massages the ego of whoever writes it, which could be one of many reporters and editors who gather around the news desk every weekday evening, or even a copy clerk who happens to walk by and proffer an offhand suggestion. 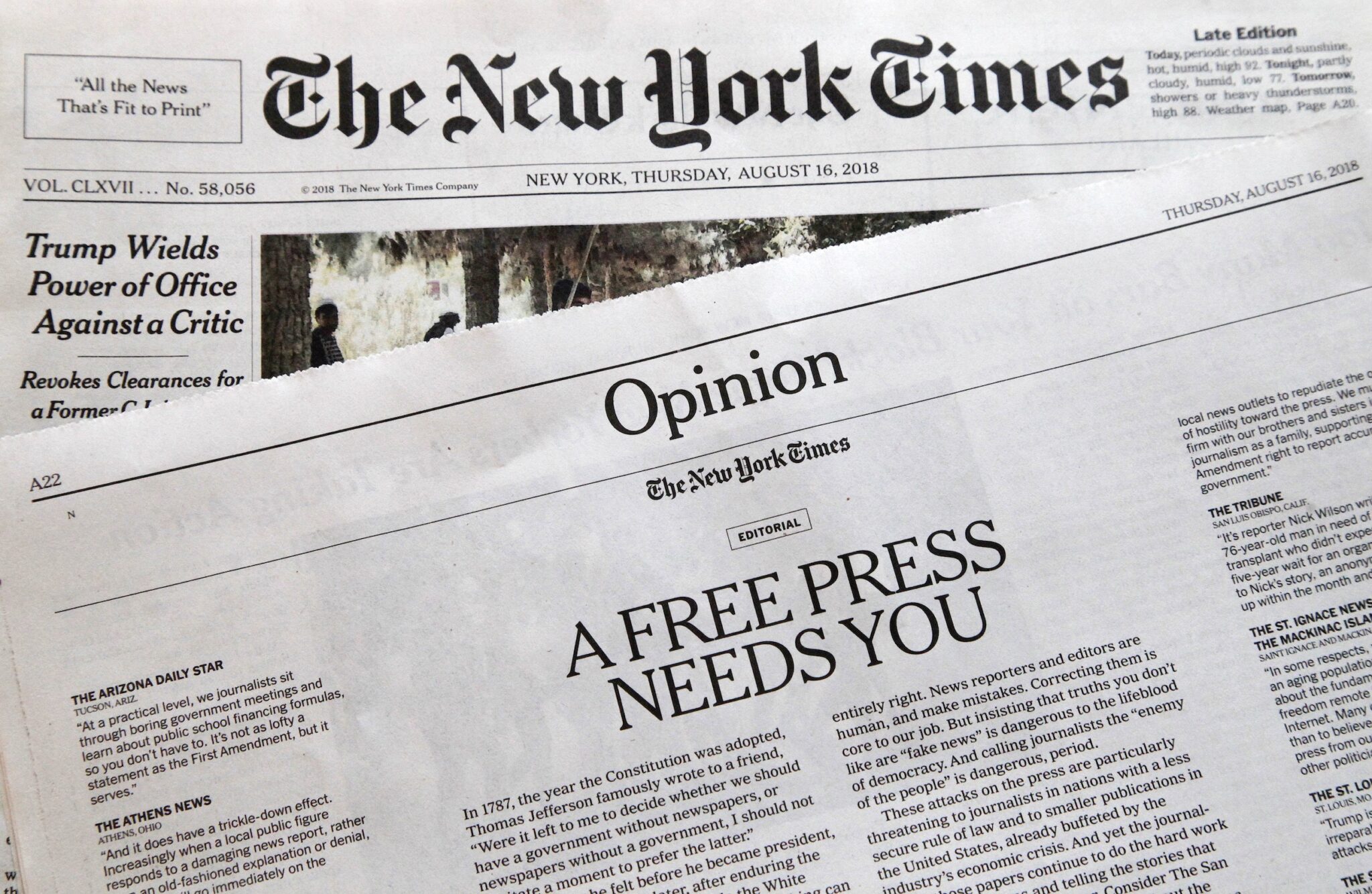 Headline writing at the Post is a team sport; old-timers remember each one and the person who wrote it the way veteran baseball announcers recall stats of retired outfielders.

The best way to explain how headlines are written at the Post is to take you to the large red-carpeted city room near the southeastern tip of Manhattan where dozens of reporters and editors sit opposite each other at gray metal desks.

The day is December 9, 1991. The time is about seven-thirty P.M. Breaking stories include the following: hostage Terry Anderson’s return home to New York after six years of captivity in Lebanon; CIA director Robert Gates’s warning of pending civil war in the Soviet Union; the conviction of four teens in the fatal subway stabbing of Utah tourist Brian Watkins after the U.S. Open in September 1990; the attempted shakedown of Woody Allen’s film crew by a black activist; the crumbling of the beleaguered empire of Robert Maxwell, late owner of the Post’s chief competitor The Daily News; and finally, William Kennedy Smith’s defense testimony in his Palm Beach rape trial.

Succumbing to a temptation they have resisted for the nine days since the well-publicized (and well-covered) trial began, Managing Editor Jimmy Lynch and Executive Editor Lou Colasuonno decide to put Smith on page one. While his testimony was unemotional and smug, it was still credible. Moreover, he has offered stark details of his sexual activity on the night in question. The Post can’t resist.

The initial layout reads “WILLIAM’S LAST STAND,” but editors quickly decide it sounds as if the defendant is losing, which by most accounts is not the case. In jest, Colasuonno offers “WILL-LIE’S WET DREAM,” a tame turn-of-phrase in comparison with his earlier bid, “MISTER SOFTIE.” Metro Editor Richard Gooding suggests a film theme: “SPLENDOR IN THE GRASS.” A light applause fills the room when Gooding then suggests “WILLIE WHIPS LASCH,” but the suggestion is soon scrapped because no one knows if most readers are familiar with the name of the Florida prosecutor trying the case.

A kicker below the headline lets readers know what to expect inside the paper. In this case, it is four brief but telling lines:

• Kennedy Grilled 41/2 Hrs.
• Says They Had Sex Twice
• Denies That It Was Rape
• Prosecutor Gets Nowhere

According to Colasuonno, New York Post headlines are like the windows at Macy’s. “If you don’t like what you see,” he says, “you’re not going to come into the store.” The Post’s subscription base is minuscule. Without a provocative headline, an issue will rot on the stands.

Colasuonno admits that there are some stories that merit appearing on page one, but cannot be said in few enough words. In such an instance, this story is teased on the bottom of the front page in a small box called a tracer, which tells the reader where it is covered inside. “If we can’t find the right words for it,” he says, “it’s just not a wood.”

Although the Post has been accused of insensitivity to delicate issues, Colasuonno insists that he and other editors try to be compassionate toward human tragedy. “We don’t laugh at dead bodies, crime and murder,” he says.

But if there is a chance to have some fun with a page one story, Colasuonno and the rest of his jeans-and-turtleneck crew are more than happy to twist the truth for a good laugh. During the week in February 1990 when Donald and Ivana Trump’s divorce became public fodder, the Post broke sales records with such woods as “GIMME THE PLAZA,” and “THEY MET IN CHURCH,” the latter an unsubstantiated rumor that The Donald met his then unknown girlfriend in a house of God, which was untrue.

But, as Colasuonno says, sex, along with politics and celebrities, sells papers. And any combination of the three will help the tabloid fly off newsstands during the morning commute to work.

“Sex is sex,” he says, “and the temptations are the same for the beer-drinking working man as they are for the most highly paid athlete and celebrity or the most powerful politician. They all put their pants on one leg at a time.”